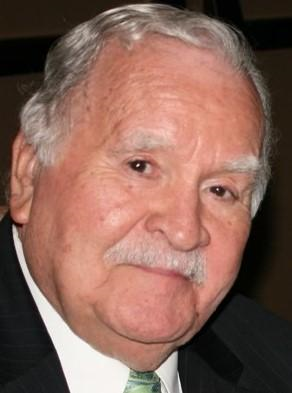 William G. Borchert was an author, screenwriter, PR executive, community leader, loving husband, father and grandfather, and a friend to many. Bill wrote the Emmy-nominated screenplay for the 1989 film My Name is Bill W., which was based on the true story of Alcoholics Anonymous founder Bill Wilson. He also wrote the book The Lois Wilson Story: When Love Is Not Enough, which he later adapted into a screenplay for the Hallmark movie When Love Is Not Enough: The Lois Wilson Story, which aired in 2010.

Born in Brooklyn, NY, on September 9, 1933, he was a son of the late Willian H. and Ruth McLintock Borchert. Bill began his career with the New York Journal-American newspaper and became a featured by-line writer for newspapers, magazines and radio. He married Bernadette Forcina on March 16, 1955. In 1969, the family moved to Rye, NY, and started public relations firm, Borchert-Barrett Associates, in New York City. Bill coached his sons' Little League and Babe Ruth League baseball teams, and his daughters' softball teams.

In 1972, Bill became a partner in Artist Entertainment Complex and produced movies including Dog Day Afternoon, Kansas City Bomber, and Serpico. He was a member of The Writer's Guild of America with 25 published titles, including: When Two Loves Collide: The Inspiring Story of Dr. John and Dot Mooney; Sought Through Pray and Meditation; 50 Miracles That Changed Lives; and 1,000 Years of Sobriety. Bill was a director of the Stepping Stones Foundation, whose mission is to foster a public understanding of alcoholism and inspire recovery.

In lieu of flowers, please make a donation to Stepping Stones (https://www.steppingstones.org/support/).