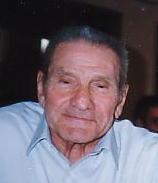 Mario Mazza, age 80, of Bridgeport, retired assistant fire chief for the City of Bridgeport, died on Tuesday, October 26, 2004 at Maefair Health Care Center, Trumbull following a long illness. Born in New York City, son of the late Joseph and Eufrasia Sartori Mazza, he had been a city resident for more than 50 years. Mario was a veteran of World War II, proudly serving as a sergeant in the U. S. Army in Europe. He was a 36 year veteran of the Bridgeport Fire Department retiring in July of 1991, a job he loved and one that he truly missed. In 1966 he was named Firefighter of the Year. He was a member of the Bridgeport Association of Retired Firefighters, Port 5, the Stratford Gun Club, the Ansonia Rod and Gun Club. He was an avid sportsman who enjoyed hunting, target shooting and fishing throughout his lifetime and was also a gifted musician.

He will be sadly missed by his devoted wife of 56 years, Adeline (Ragalli) Mazza of Bridgeport; two sons, Joseph Mazza of Florida and John Mazza and his wife, Teri of Oxford and his loving daughter, Marilyn Sciortino and her husband, Michael of Monroe. He was a proud grandfather who loved his six grandchildren, Cheyne, Paul, Sterling and Danielle Mazza and Joseph and James Sciortino and his adorable great-granddaughter, Brianna Mazza. He is also survived by several nieces and nephews. He was pre-deceased by a sister, Gina Mazza and a brother, Louis Mazza.

Funeral services will take place on Saturday, October 30, 2004 at 9:00 a.m. from the Abriola Parkview Funeral Home, 419 White Plains Road, Trumbull, and at 10:00 a.m. in St. Andrew Church, 435 Anton St., Bridgeport for a Mass of Christian Burial. Interment will follow in Gate of Heaven Cemetery, Trumbull. Friends may call on Friday from 4-8 p.m.

In lieu of flowers, contributions in Mario's memory may be made to the Connecticut Burns Care Foundation, 601 Boston Post Rd., Milford, CT 06460.

Share Your Memory of
Mario
Upload Your Memory View All Memories
Be the first to upload a memory!
Share A Memory