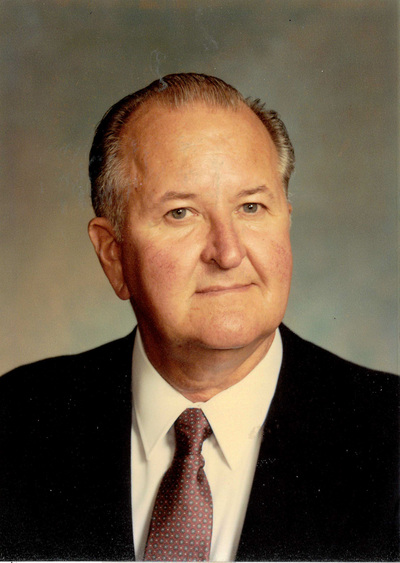 Obituary of Robert A. Ryan

Portland, ME - Robert A. Ryan, 97, passed away on December 5th 2022 at the Gosnell Hospice House in Scarborough ME, with his family nearby. Bob was born on August 11, 1925 in Union City, New Jersey. He grew up in Weehawken, New Jersey where he first met his future wife, Vivian Martin. He and Vivian both graduated from Weehawken High School in 1943. Bob enlisted in the U.S. Navy Seabees at the age of 17 and served in both the European and Pacific theaters. He was a veteran of D- Day, landing on Omaha Beach during the invasion of France. Bob was also stationed in the Philippine islands and was part of the occupation of Japan. After serving 2 ½ years in the Navy, Bob was discharged and three weeks later he married Vivian, who truly was the love of his life. He worked in New York City for the Automatic Sprinkler Corp of America from 1946 to 1950 when he and Vivian moved their family to Fairfield, CT. He became a partner in Fairfield County Sprinkler Corp. and served as President until retiring to Florida in 1987. He served 12 years as chairman of the Connecticut Sprinkler Contractors and member of the negotiating committee. Bob was a charter member of the Fairfield Kiwanis Club serving as Treasurer, Vice President and President. In 1987 Bob and Vivian moved to Timber Pines Country Club in Spring Hill, Florida, where he served on the Architectural Committee as well as the golf association. While in Florida they enjoyed many visits from children, grandchildren and friends. Bob enjoyed golfing year round, and they continued to indulge their love of traveling.

In 2005 they moved to Maine to be closer to family, eventually moving to The Atrium in Portland where Bob served on the Resident Council and as Chairman of the Dining Committee, House Committee and as Member Council Chairman. Bob and Vivian enjoyed living at The Atrium where they made many friends. For many years Bob was invited to join the family of his friend, Paul, for Sunday brunch. Paul's daughter and son in-law kept in touch with Bob till his last days.

Bob's life in Maine was enriched by his golf and lunch buddies, Richard, George, Keri and Fred. Their weekly lunches were always an important date on his calendar. When he gave up his car they went out of their way to offer rides, shopping, phone calls, and visits.

His family will remember Bob for his strength of character, love and devotion to his wife, children, grandchildren and great-grandchildren. He was steady, even tempered, a man of faith, with a good sense of humor and dry wit. Bob loved his family, and we all knew how important we were to him, as he was to us. He will be missed but always in our hearts. Bob was predeceased by his wife of 74 years, Vivian, his parents Anna and Jack Ryan, his sister Helen Ryan, his brother John Ryan, grandsons Kevin and Michael Ryan and grandson in-law Arthur Webb.

Bob is survived by his children, Valerie Hall and her husband James of Cape Elizabeth, their daughters, Debra Webb, Amy Lombardo her husband Jeremy, and Katherine Hall; son Mark Ryan and his wife Joanne, of Trumbull CT, their sons Stephen, his wife Kate, and David Ryan and Maggie Gibeault; and son Patrick Ryan, and his wife Theresa of Derry N.H. and their daughters Tracy Lounsberry and husband Bradford, Alicia White and husband Jason, and son Jason Ryan. as well as his sister-in-law, Anne Marie Ryan and many nieces and nephews. Bob was the loving grandfather of nine grandchildren and 10 great grandchildren. Bob's family would like to extend their heartfelt thanks and gratitude to the team of Hospice Care At Home, and the staff at Gosnell House who provided him such exceptional care in his last days. We'd also like to thank the staff at the Atrium.

The family requests that those who wish to express sympathy make a donation to:

Share Your Memory of
Robert
Upload Your Memory View All Memories
Be the first to upload a memory!
Share A Memory