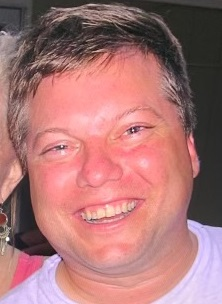 Randall M. Grabowski, 58, of Monroe, beloved husband of April Galpin Grabowski, passed away peacefully on Friday, December 16, 2022. Born on February 15, 1964 in Stamford, he was a son of Edward S. Grabowski and previously deceased, Joan Hojnacki Grabowski.

In addition to his beloved wife April and his parents Edward and Barbara DeCesare, survivors include his loving children, Amanda, Amber and Jack, a brother Gregory Grabowski, father and mother-in-law, Arthur and Audrey Galpin; as well as many friends and family.

Randy had a lifelong successful career in the field of medical equipment working with the following companies, Smith + Nephew, Synthes, Givens Imaging, Medtronic, Coviden and most recently Steris.

But above all he was a loving and dedicated husband, father and son. Randy's smile and enthusiasm brightened every life he touched. The unconditional love he gave and the values he taught will forever live in our hearts. He will be deeply missed by all who knew and loved him.

"Randy, may you have fair winds and following seas."

Share Your Memory of
Randall
Upload Your Memory View All Memories
Be the first to upload a memory!
Share A Memory