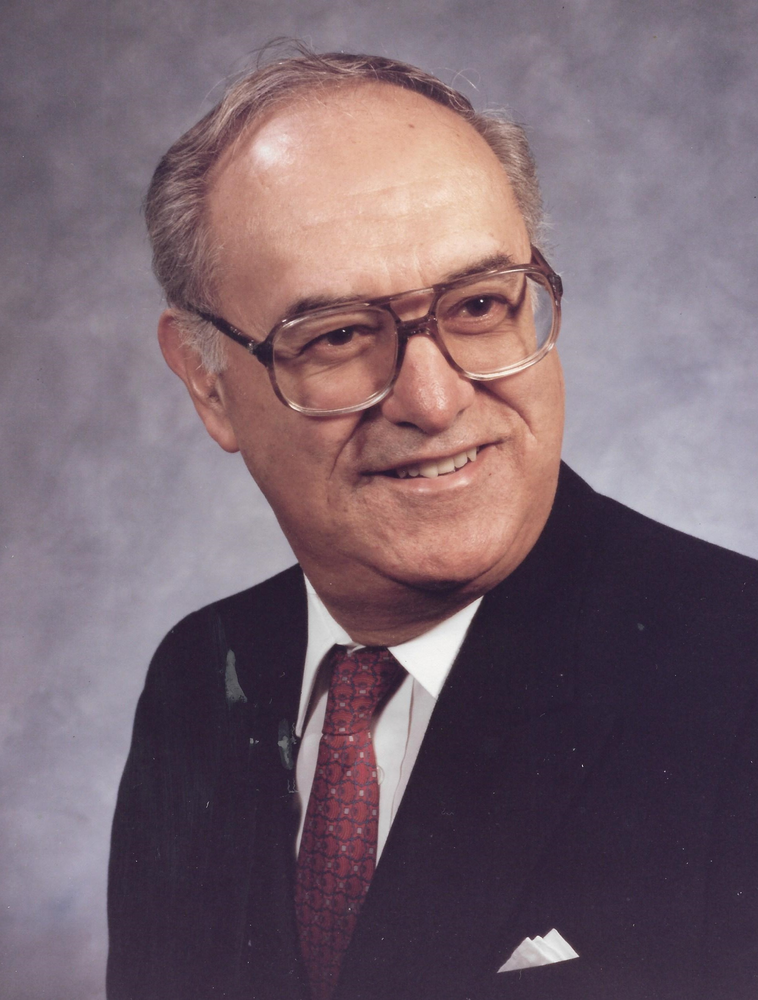 Obituary of William A. Bevacqua Sr.

William A. Bevacqua, Sr., age 92, of Trumbull, passed away peacefully on Tuesday, December 13, 2022 at his home surrounded by his loving family. He was the beloved husband of 48 years to the late Florence Meyer Bevacqua. Born in Bridgeport on May 11, 1930, he was a son of the late Vincenzo and Teresina (Paola) Bevacqua and was a longtime resident of Trumbull.

A graduate of Harding High School and the University of Bridgeport, Bill's full and accomplished life was defined by his love for his community, evidenced by his years of public service: as a Staff Sergeant in the U.S. Air Force during the Korean War, a member of the Connecticut State House of Representatives and a 20-year member of the Board of Governors for Higher Education. All of these were adjunct to his lifelong dedication to Bridgeport's business and education community and his faithful service to his church.

Anyone who knew Bill – and even those who didn't – would be struck by the captivating tenor of his voice: musical, exuberant, charismatic and joyful. His signature musical talent became a metaphor for the defining aspects of his character: a man of great integrity who never wavered in the courage of his convictions, An open-hearted and generous mentor of young talent. A beloved member of his community, universally known for his love and dedication to his neighbors.

However, he would say his greatest accomplishments were those of his children and grandchildren, who made him fiercely proud and who have all grown to adulthood inspired by his example.

He was a loving husband, father and grandfather who will be missed by all who knew him.

Survivors include three loving children, Renee Bevacqua Bollier, and her husband Dennis of Woodbridge; Yvette Baron, and her husband Wayne of West Palm Beach, FL and William A. Bevacqua, Jr., and his wife Jennifer of Niantic; five cherished grandchildren, Hunter Baron, Daniel and Lauren Bollier and Matthew and Robert Bevacqua, as well as several nieces and nephews. He was predeceased by four brothers, Joseph Bevacqua, Anthony Bevacqua, Nicholas Bevans and John Bevacqua, Sr. and a sister, Rosa Bevacqua.

The family wishes to recognize his neighbor-family on Partridge Lane, whose support, care and love brought him enormous joy in his final years. They also extend their gratitude to Connecticut Home Hospice and Synergy Home Care of Fairfield for bringing comfort to his last days.

All are invited to meet directly in Holy Name of Jesus Church, 1950 Barnum Ave., Stratford on Tuesday, December 20, 2022 at 10:00 a.m. for a Mass of Christian Burial. Interment will follow in the Nichols Village Cemetery, Trumbull. Relatives and friends may greet the family on Monday, December 19th from 4:00 to 7:00 p.m. at The Abriola Parkview Funeral Home, 419 White Plains Road, Trumbull.

In lieu of flowers, memorial contributions may be made to the Holy Name of Jesus Roman Catholic Church.