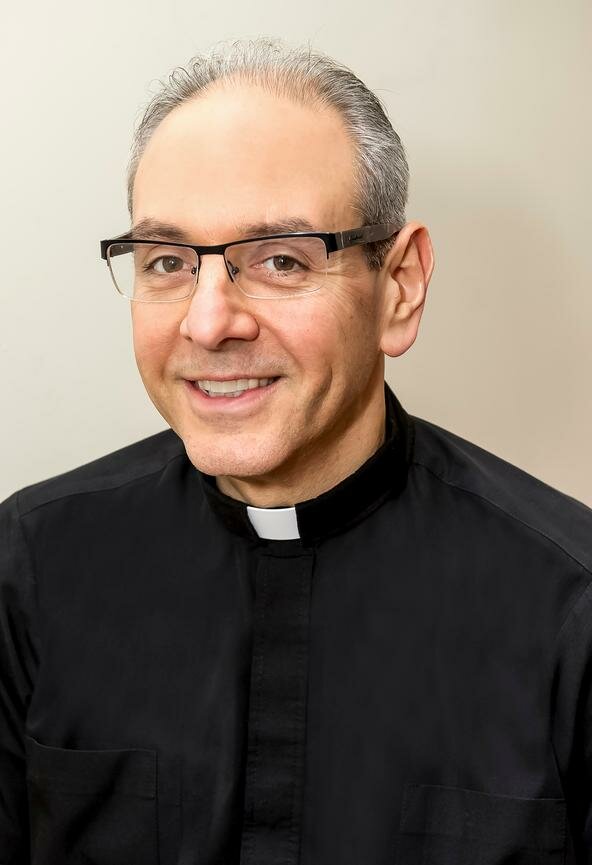 Fr. Nick Cirillo went home to the Lord on Sunday, August 28, 2022. He left this world filled with gratitude for all the goodness that God had shared with him.

He was born on August 16, 1968. A resident of Bridgeport, he attended Notre Dame High School and Fairfield University before entering formation for the priesthood. In 1991 he spent one year at the St. John Fisher Seminary Residence before beginning studies in Rome. In 1995 he returned to the states with a Licentiate in Dogmatic Theology.

For ten years he worked at St. Lawrence Parish in Shelton. This was followed by a six-year assignment at Trinity Catholic High School in Stamford, living at the St. John Fisher Seminary as a spiritual director. In 2011, he became pastor of St. Edward the Confessor Parish in New Fairfield where he remained until his passing.

In his own words, he leaves this world without regret or sorrow. Realizing that the Lord gave him amazing opportunities for friendship and service, and that he was well cared for, he reached the end of his life with overwhelming gratitude for all he had received. The challenges of living and dying are real, but they pale before the ever-present goodness of God.

Fr. Cirillo was predeceased by his father, Anthony, his sister Nina, and his brother Nick whom he looks forward to meeting in the life to come.

He is survived by his mother Mary Cirillo and two sisters, Carmella Jamshidian and her husband Cyrus, and Rose Cirillo and her partner Michael Birger. He is also survived by one niece, Sherine Jamshidian and one grandniece, Juliana Smith. His family cared for him with distinction and diligence in his final days. Many thanks also to Josephine Amarone, a family friend, who gave so much in service of his care.

Fr. Cirillo's body will be received on Wednesday, August 31, 2022 at St. Edward the Confessor Church, 21 Brush Hill Rd., New Fairfield at 3:00 p.m. and will lie in repose until 7:00 p.m. At 7:00 p.m., a Mass will be celebrated for the repose of his soul with Rev. Robert Crofut as homilist. Bishop Frank Caggiano will celebrate the Mass of Christian Burial on Thursday, September 1, 2022 at 11:00 a.m. Concelebrating clergy are asked to wear Diocesan vestments. Interment will be private.

Fr. Cirillo always treasured the opportunities he had for educational and cultural enhancement. As a final wish, in lieu of flowers, he invites you consider supporting the future education of his grandniece Juliana Smith so that she might discover some of the experiences that he loved so much. Donations can be made in care of Rose Cirillo for this endeavor through the funeral home or parish office.

Share Your Memory of
Father Nick
Upload Your Memory View All Memories
Be the first to upload a memory!
Share A Memory