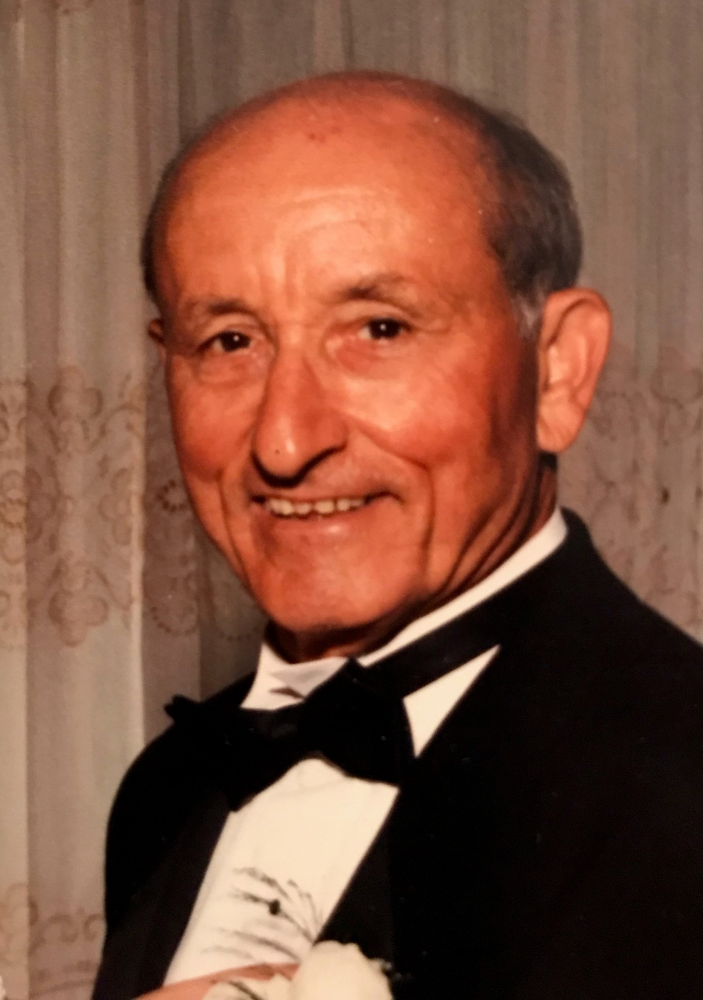 Francesco "Frank" Faiella, 91, of Trumbull, passed away peacefully on Sunday, July, 31, 2022. He was the beloved husband of the late Alessandrina "Lisa" Catena Faiella, his rock and his love for 60 years. Frank was preceded by his sisters, Felicetta, Concettina, Victoria, and Teresa, and his brother Giovanni. Frank was born in Introdacqua P. L'Aquila, Italy, and was the son of the late Arcangelo and Aquilina Faiella. He was a devoted and loving husband, father, father-in-law and grandfather as well as a compassionate friend to many.

Frank's survivors include his children, daughter-in-laws, and grandchildren, Arcangelo Faiella of San Dimas, CA his wife Lisa and their children Emilie and Nicholas, Francesco Faiella Jr. of Shelton and his wife Maria da Luz and their children Francesco III and Alexander (wife Melissa Oliveira Faiella), Gino Faiella of Trumbull and his wife Denise and their children Gina Marie (husband TJ Rotanelli), Michael and Daniel, and Aquilina Faiella Stolze of Trumbull and her daughter Sarah Elizabeth, as well as his sister Rosina Marzola of Toronto, Canada, and many beloved nieces and nephews in the US, Italy, Canada and Venezuela.

In 1948, Frank emigrated to Venezuela at the age of 17 to find work and earn money to send back to his family in war-ravaged Italy. In 1954, Frank emigrated once again, this time to the United States where he worked to learn his trade as a carpenter. He attended Bullard Havens Technical school to study English and continue working on his journeyman carpenter's certificate. He married Lisa in Italy in 1959, and then prepared papers for her and their first child Arcangelo to join him in Bridgeport. Soon followed three more children.

He earned his US citizenship, and worked tirelessly and selflessly at his trade for several large construction companies, finally retiring from Textron Lycoming in Stratford. Frank was a member of the UAW and Carpenter's Unions. He was known for his wonderful craftsmanship, his honesty and selfless giving of himself to so many.

Frank was an avid gardener - always sharing vegetables and fruit from his enormous garden, lover of animals, a very capable cook, winemaker, and lover of music, particularly opera. Frank also enjoyed his Desert Hot Springs, CA home where he and Lisa escaped the northeast winters. With all that, there was no more sacred place than the dinner table where he insisted on the presence of his entire family. Frank's most valued treasures were his eight grandchildren whom he loved unconditionally and of whom he was so very proud. He will leave a hole in the hearts of everyone who knew him. He will be deeply missed.

Funeral services will be held on Friday, August 5, 2022, at 9:00 a.m. in the Abriola Parkview Funeral Home, 419 White Plains Rd., Trumbull and at 10:00 a.m. in Christ the King Church, Trumbull for a Mass of Christian Burial. Interment will follow in St. John Cemetery, Monroe. Friends may greet the family on Thursday, August 4, from 4:00 to 7:00 p.m. at the funeral home.

In lieu of flowers, memorial contributions may be made to the St. Jude Children's Research Hospital, 501 St. Jude Place, Memphis, TN 38105, www.stjude.org.

Share Your Memory of
Francesco
Upload Your Memory View All Memories
Be the first to upload a memory!
Share A Memory