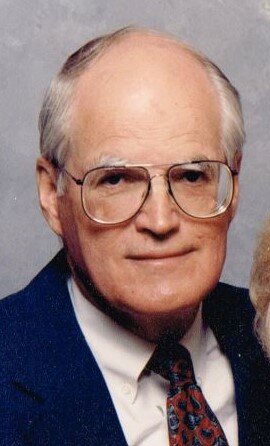 Willard F. Gunsolley, age 89, of Shelton passed away peacefully on Thursday, July 7, 2022, at Benchmark Senior Living Split Rock, Shelton.  He was the beloved husband of Marilyn “Jody” (Carder) Gunsolley.  Born in Plattsmouth, Nebraska on March 31, 1933, he was the son of the late Frank and Edna (Payton) Gunsolley.  Mr. Gunsolley had tenured a long career that spanned nearly 34 years as an executive at Equitable Life Assurance Society of NY.  Willard served in the U.S Navy during the Korean conflict and then went on to graduate from Wayne State Teachers College in Wayne, NE, where he met his wife, Jody.  Willard was an avid reader and enjoyed golf and playing poker and pinochle with his friends. He was also a big fan of UCONN Women’s Basketball and rarely missed watching a game.  His greatest enjoyment, however, was found in the time he spent surrounded by his family, especially his granddaughters, whom he adored.  A loving and devoted husband, father, grandfather, brother, uncle, and friend of many.  He will be deeply missed by all who knew and loved him.

In addition to his beloved wife Jody of nearly 64 years, other survivors include his children, Michelle McCallion and her husband James of Bridgewater, CT, and Douglas Gunsolley and his wife Petrina of Trumbull, his cherished granddaughters Jenna Tedder and her husband Michael of Goose Creek, SC, and Alexa Gunsolley of Fairfield, his sisters Ruby Nocita of Lincoln, NE, Helen Booton and her husband Bill of Blair, NE, Shirley Masten and her husband Bob of San Antonio TX, and Sharon Griffin and her husband Marty of Highlands Ranch, CO, as well as many nieces and nephews.  He was predeceased by three sisters, Betty Bethards, Frances Perrelet, and Linda Gunsolley.

Friends may greet the family on Friday, July 15, 2022 from 4:00 to 7:00 at the Abriola Parkview Funeral Home, 419 White Plains Rd., Trumbull.  A memorial service and interment will be held at a later date.  In Lieu of flowers, memorial contributions can be made to Nichols UMC Memorial Garden, 35 Shelton Rd., Trumbull, CT  06611.

Share Your Memory of
Willard
Upload Your Memory View All Memories
Be the first to upload a memory!
Share A Memory