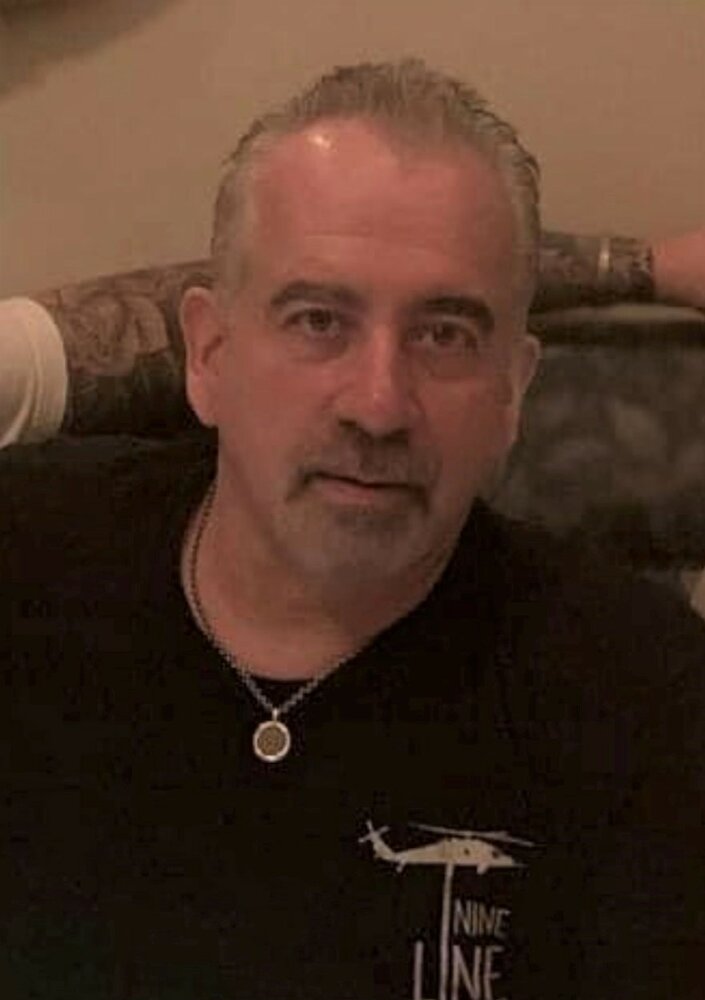 Visitation at the Funeral Home

Jason Robert Kline of Trumbull passed away suddenly on Sunday at the age of 59 of injuries he sustained in a motorcycle accident. Born in Bridgeport on May 20, 1963, he was the son of Robert and Shirley (Paige) Kline of New Harbor, Maine.

Jason was a lifelong resident of Trumbull, graduating from Trumbull High School in 1981. For many years he operated his own landscaping company, Enviroscapes of Trumbull, and enjoyed working as Jay “Bounce” at the Dew Drop Inn of Derby, where he made friends who became family.

An avid outdoorsman, Jason was happiest hiking with his dogs, riding his motorcycle and sharing a meal with family and friends. He first skated onto the ice at 22 months, and still played hockey as a “senior”. He enjoyed spending time in Maine, where Pemaquid Point held a special place in his heart. Jason loved all dogs, and was heartbroken to lose his three companions, Charlie, Maddie, and Stanley, all this year. His new puppy, Buddy, brought him great joy and comfort.

Jason will be missed by the many who knew and loved him. He was preceded in death by his mother, and is survived by his father, his loving sons, Daniel Kline of Greenwich and Zachary Kline of Bridgeport, their mother, Sheri Kline-Tinguirlis, his sister, Jennifer (Kline) Hulton, and her family of Southborough, Massachusetts.

Friends may greet the family on Sunday, July 10th from 12 to 3 pm at the Abriola Parkview Funeral Home, located at 419 White Plains Road in Trumbull. Interment will be held privately for the immediate family.

Share Your Memory of
Jason
Upload Your Memory View All Memories
Be the first to upload a memory!
Share A Memory