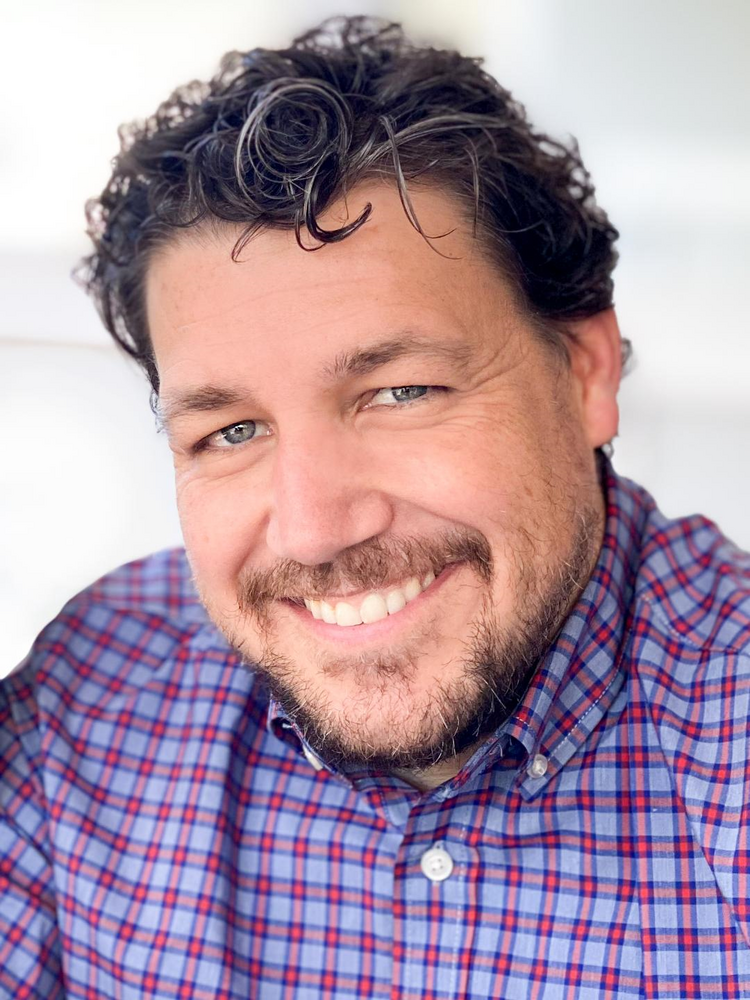 Eric Robert Veenstra, of Orange, CT, beloved husband of Emily Bennett Veenstra, passed away on Monday, April 18, 2022 at the age of 43. Eric was born in Redding, California on October 17, 1978. He was a devoted and cherished son of Robert and Lory Veenstra and venerated brother to Kyle Jason and Andrew David Veenstra. In addition to his loving wife of 21 years, Eric was also the adored and adoring father to their three beautiful children Ava, Alexandra (Lexi), and Asher.

Eric was raised in Temecula, CA, Uxbridge, MA, and Pittsford, NY. He was an exceptional student, talented pianist having studied at the Eastman School of Music, passionate soccer player, and Eagle Scout. After high school, he served as a missionary for The Church of Jesus Christ of Latter-day Saints in Samara, Russia, from 1997 to 1999.

He received two Bachelor of Arts degrees from Brigham Young University (in Russian and Comparative Literature), before obtaining his Doctorate of Jurisprudence from The University of Michigan Law School. He was a member of the National Slavic Honor Society and was a contributing editor to the Michigan Journal of International Law during his time in Ann Arbor. At the time of his passing, Eric was a Senior Associate General Counsel at Yale University where he served as its sole in-house real estate counsel. Prior to his appointment at Yale, Eric served as an Associate at Mayer Brown LLP and Kirkland & Ellis LLP in Chicago, Illinois, as well as Quarles & Brady LLP in Naples, Florida. Eric was the recipient of the Illinois and Florida Super Lawyers Rising Star awards for many years and was recognized with the “Outstanding Pro Bono Service Award.”

When he wasn’t practicing law, Eric devoted his attention to the two great loves of his life: his family and literature. An impassioned, relentless disciple of books and reading, Eric was especially taken by the writings of Fyodor Dostoevsky, so much so that he read the entirety of Dostoevsky’s published works over the course of 2021. He spoke often of how much he admired the author’s ability to tell the unvarnished truth about the ugliness of the human condition while still seeing and recognizing the world’s staggering beauty.

If anything could have outstripped and outpaced his devotion to great literature, it was Eric’s unwavering, overflowing love for Emily and their children. He was a father above and before all else: kind, patient, frequently silly, always thoughtful, never anything less than absolutely committed to his family’s happiness and well-being.

For Eric and Emily, their love story was epic in depth and scope, yet grounded in devotion and authenticity. It all began when they were 17-year-old freshmen at Brigham Young University. In Eric’s own words posted on Facebook, he recalled, “I first saw her across a dormitory cafeteria during our first week of college... Though she didn’t know it at the time, I was immediately and completely hers.”  5 years later they were married, and their marriage spanned 21 wonderful years. It was an enduring partnership with roots planted in a number of locales including UT, MI, FL, IL and finally CT with 3 children being born in 3 different states.

How does one adequately describe a relationship between a husband and his wife; a daddy and his children? “There has never been a better father. Perhaps equal but not better. I just couldn’t describe it if I tried. I’d have to share pictures and videos and the love notes he wrote and put in the children’s lunches, other notes left for them for each day he’d be gone on a trip. He was the tooth fairy that wrote them messages and answered all their letters. He was Santa Clause, the Elf on the Shelf, and the Easter Bunny. He was a chameleon in the best way. He was crazy-silly and ridiculous with our crazy-silly and ridiculous child. He was considerate and supportive of our thoughtful, shy child. And he was the perfect playmate for his baby boy; to all of them really. He could be dressed up as a princess with expertly styled hair, makeup, and nail polish or out in the dirt and wood chips with excavators and dump trucks. He went to every recital, every meet, and every school function. He drove them to school in the morning before work and helped chauffeur them to and from activities after work. How could anyone possibly understand the father he was to them, and the husband he was to me?”  Indeed.

Eric was silly, playful, and quite the prankster. He and Lexi had an ongoing rivalry to see who could pull off the most creative prank. There was nothing he enjoyed more than playing with his children. He knew how to connect with each one individually and in the exact way that they needed. He remained young at heart, even as the years passed, finding as much fun in toys and games as the kids did. Emily embraced Eric’s childlike spirit, and she lovingly described it as quite like having a fourth child at times. Eric would let the kids stay up late, splurging on junk food, playing games, and watching shows or movies as a family. He felt that family time was always worthwhile and a priority. Together they enjoyed watching Boba Fett, The Office, Marvel, and All Creatures Great and Small. The family had been looking forward to new and upcoming seasons of Stranger Things and Cobra Kai.

Eric had many other interests rounding out the delightful person that we all loved so thoroughly. Eric’s musical embrace was varied and expansive throughout his life. Eric always loved piano and hoped to find more time to play as an adult and planned on teaching the kids to play as well.  He and Emily shared that love of music, attending performances by Of Monsters and Men, Mumford and Sons, and James Vincent McMorrow to name a few. These acts were dear to Eric, but none as cherished as The Beatles, who occupied a special place in his heart.

Eric loved to cook and bake. He was no slouch in the kitchen and eventually took up bread-baking as a hobby after his second daughter was born. Eric started with what became his specialty, Rosemary and sea salt bread - but soon expanded his repertoire to focaccia and ciabatta. He devised an event dubbed “The Challah Challenge” which was a competition between Eric and Ava. Emily and Lexi played the role of judges, having to vote on whose challah looked the most professional and tasted the best. Together the entire family would watch the Great British Baking Show and Master Chef Junior, which fed their competitive spirits and stoked inspiration.

Anyone who knew Eric well knew that he had a sweet tooth! His weakness was fruity candy. Swedish Fish, Mike and Ike, and Hot Tamales were his sugary go-tos. Frequently, Eric would stop by the pharmacy near work to grab a box or two. (Perhaps this was a way of counteracting his concurrent love for spicy food, as Eric put hot sauce on practically everything!)

Eric was also multifaceted when it came to his love of sports. He was a passionate soccer player, Yankees fan, and an avid follower of collegiate sports, especially his alma mater the University of Michigan. Eric loved to run, bike and hike whether in solitude or with his family, always enjoying being outdoors. In nature he felt like he was communing with something larger than himself. Even though he no longer felt connected to organized religion, he felt connected to life, love, and the universe through nature.

“There are no words to express the devastation we feel, nor could I if I attempted it. Eric was the poet, orator, and wordsmith in our family. We miss his humor and wit and brilliance. We miss his beautiful, kind soul. His goodness. Simply stated, he was our everything. We don’t know how to live without him…” writes his loving wife. However, we will try to honor him by seeking to follow one of his favorite Dostoevsky quotes: “This is my last message to you: in sorrow, seek happiness.”

In addition to his wife, children, parents, and brother, Eric is survived by his in-laws Dale R. and Alexandra Bennett; brothers and sisters-in-law, Dale J. and Adrea Bennett, Aimee and Peter Grundberg, Dorothy Beth Davis, and Ashley Valerio; nieces and nephews, Joshua, Nicholas, Nathaniel, Jillian, Charlie, Jaden, Aubrey and Lydia; as well as many relatives, friends and colleagues. He was predeceased by his beloved younger brother, Kyle Jason Veenstra.

Share Your Memory of
Eric
Upload Your Memory View All Memories
Be the first to upload a memory!
Share A Memory