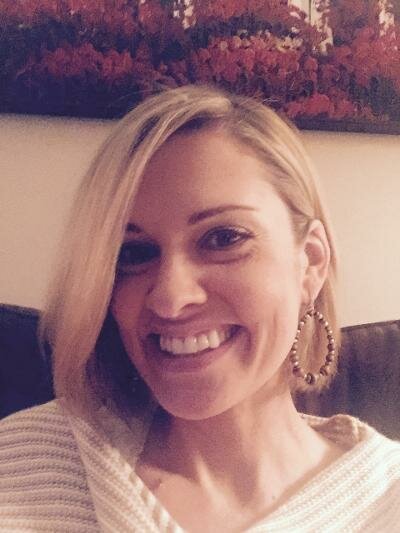 After a reign of 40+ years, Mary Sullivan Balogh resigned her position as favorite sibling, friend, daughter, aunt, niece, etc. on April 16, 2022. She would like her successors to be chosen through a triathlon: bull riding, karaoke and dog licking. Three things that she excelled at. Or rather, did regardless of the performance.

Born October 19, 1980 in Cincinnati, Mary quickly blew off the Ohio dust and settled for most of her life in Connecticut. Her formative school years were spent first at Holy Spirit Elementary… until the bullies drove her away. Surprisingly, not the nuns. She has promised to haunt them. The bullies. Not the nuns. They are haunting enough. Like being charged by a bell buoy. On to Turn of River next where she met some of the friends who'd be together forever. She was a graduate of SCHS or TCHS or HSHS and attended several colleges, earning numerous bumper stickers but most importantly her husband of 13 years, Phil.

Mary collected and kept friends the way some people keep elephant figurines. Or preying mantises. She relished every one of the friendships and took special delight in encouraging foolishness. Why one time… sorry. Can't tell that story.

Or the other time… nope, not that one either.

Oddly, many of Mary's stories involved bodily functions and most of us can no longer look at certain objects or places without laughing. One time… I'm going to give up trying.

Cancer had been Mary's companion for the past six years, an unwelcome little bugger that tried like a mother f*&*$%& to slow her down. It's a testament to her, her family and friends that so many pictures and memories of her are blissful expressions of life. Hair, no-hair, weight, no-weight it's hard to find a photo of Mary without a sh**-eating grin on her face. A grin that spread out like a Crest-White firework, lighting those next to her. You see it still in the sh**-eating grins of her and Phil's boys.

Mary loved being the center of attention. She would take the mic at people's birthday parties and make it about herself. She would promise to sing a duet on karaoke and sing both parts. Poorly. Very poorly. But always with gusto. Gusto is another word for very poorly. She loved to plan huge events and elaborate parties for her loved ones and spent much of her final weeks with us trying to organize a very large memorial service, possibly with a band and possibly with corn hole. She wanted to make sure every gathering left no one out and strove for her own friends to become friends as well. To this end, she found that gossip really helped cement friendships and was perhaps one of the worst people we know at keeping secrets. To tell Mary was to tell at least six or seven other people instantly. She couldn't help it.

To be honest, we had a difficult time coming up with things Mary loved more than herself. Humor was definitely one. Her dogs another. Her kids a third and fourth. Phil, most of the time. Except when he grew frustrated with a social calendar that somehow squeezed twelve days into every week. Her dogs come around again and take up the next several positions. Her parents she adored.

The one benefit of all this self-centeredness and let's be honest, all of us are this way, is that there are boxes and boxes of photos and videos of all of you with Mary. And you rarely have to look closely to see who is in the center of the photo with a strange, foolish expression on her face.

She is survived by her husband Phil; two beautiful sons, Donald and Carmine; two loud, spoiled dogs, Walter and Howard; three older siblings whom she would have traded for a good cup of coffee (Jennifer Hembree of Blanchester, OH, Michael Sullivan of Richmond, VA, and Gregory Sullivan of Hyannis, MA); and parents Tom and Elaine Sullivan of somewhere in Cape Cod with a funny accent.

In lieu of flowers, do something kind for a stranger. In lieu of that, donations can be sent to Infinite Love for Kids Fighting Cancer (a link is at the bottom of this). In lieu of that, you've read much further than we thought you would and you've earned two points toward being her new favorite. Congratulations! Smile and hug someone you love today… and tomorrow… and the day after that…and the day after that…and the day… and the… and… we miss you, Mary. Rest now.

In lieu of flowers, memorial contributions may be made to: https://www.flipcause.com/secure/cause_pdetails/MTQzNTQz

Share Your Memory of
Mary
Upload Your Memory View All Memories
Be the first to upload a memory!
Share A Memory