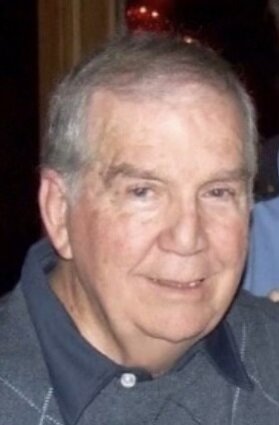 Joseph E. Campion, of Trumbull, passed away peacefully on Thursday, March 10, 2022 at St. Vincent's Medical Center with his loving family by his side and was the beloved husband of the late Leah Fay Van Note Campion. Born in Hudson Falls, NY on September 24, 1933, he was the son of the late Joseph and Helen (Lehan) Campion and was a longtime resident of Trumbull.

He graduated from Saranac Central High School in New York in 1951. He was involved in basketball, baseball, cross country and ski team. He joined the U.S. Navy and served from 1951 to 1954 during the Korean War. He was discharged in June 1954 with the rank of 2nd Class Petty Officer. He went on to Rider University on a GI Bill from 1954 to 1958, graduating with a BS in Commerce. He was selected for "Who's Who in Colleges and Universities".

He enjoyed his retirement years painting and participating at Silvermine Art School. A member of the Tashua Knolls Senior Men's Club, he served as President 2008-2009. He remained active playing golf and bowling in the Senior Men's Club.

A service will take place on Wednesday, March 16, 2022 at 1:00 p.m. in the Abriola Parkview Funeral Home, 419 White Plains Road, Trumbull. Friends and relatives may greet the family on Wednesday morning from 12:00 – 1:00 p.m. Interment will be private.