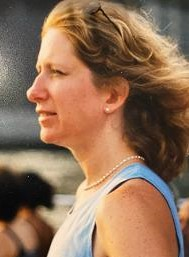 Pamela McCord, age 63, of Madison, WI and Omaha, NE passed away peacefully on Tuesday October 26, 2021 at the Jewish Senior Center in Bridgeport, CT. She died minutes after her sister, Kimberly McCord said goodbye to her. She died with a smile on her face.

Pam was born in Omaha on April 21, 1958. She was always a sweet, positive person even through her many tough times in life. She attended the University of Nebraska at Omaha as a theater major and was a passionate fan of all types of theater. She met and married, Joseph McGill and married in 1979. Their son, Daniel McGill was born August 13, 1980 and was the center of Pam's world. Dan was diagnosed with cystic fibrosis and died from side effects caused by the disease in 2002.

During Pam's life, she had several careers; Phone System Manager, Health-Related Positions, and her final career, restaurant owner. Italian restaurant Tutto Pasta in Madison, WI was an unusual direction for a Irish-American girl who knew nothing about running an Italian restaurant. Many McCord's in Pam's past owned and ran cafés, Irish bars, and small restaurants, but never a medium-sized Italian restaurant. Nevertheless, Pam researched and taught herself how to do everything she needed to know about running a business, including a business in a university town. She owned Tutto Pasta for ten years and built a loyal following.

She was diagnosed with Frontal Temporal Lobe Dementia in 2016 but managed Tutto until 2018. In 2018 she retired and sold Tutto Pasta and moved to Connecticut to be closer to her sister, Kim and her wife Johanna. The progression of the disease was fast, she needed full-time attention in a year. A memory care facility was found that would allow Pam to continue her favorite form of exercise, running. During her first two years in Connecticut, Pam ran in local races and easily won in her age group. As her dementia destroyed her ability to speak and comprehend, music became her best form of communication. She sang a large repertoire of popular music accompanied by Kim and Johanna. She was able to speak "I love you" right after singing "She Loves You" by the Beatles.

Pam is survived by sister, Kimberly McCord and her wife, Johanna Rayman of Shelton, Ct. and Uncle Paul Conrad and Aunt Judy Conrad of Nevada and many cousins. Her many friends and care-takers will miss her. In addition to her son, Dan McGill, she was predeceased by her father, Richard McCord, and mother, Elizabeth Conrad Shada.

There are no services planned in Connecticut, but on the anniversary of her birthday, April 21st, we will celebrate her life in Omaha. Contact Kathy Rooney at Kathyr7676@gmail.com for details. Contributions in her memory can be made to the Cystic Fibrosis Foundation at https://www.cff.org/Give-Today/

Share Your Memory of
Pamela
Upload Your Memory View All Memories
Be the first to upload a memory!
Share A Memory