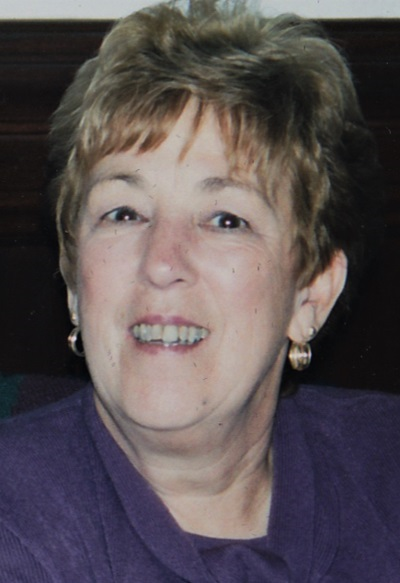 Obituary of Joan B. Hammill

Joan (Barry) Hammill, age 85, of Trumbull, was called home by the Lord on Saturday, October 2, 2021, after a brief illness. Joan was predeceased by her loving husband of 46 years, Robert J. Hammill.

Born on September 30, 1936, Joan was the daughter of the late Daniel and Edith (McGinnis) Barry. Joan was a resident of Trumbull for 49 years. She is survived by her beloved daughter Mary Rivera, son-in-law, Kevin and grandson, Kevin Jr. Joan is also survived by brothers William and Dennis (Debbie) Barry, sisters Kathleen Carbone, Carol (Bruce) Fern and Patricia (Felix) D'Ausilio, brother-in-law Chester Mrozek, as well as many nieces and nephews. Joan was predeceased by brothers Daniel, Robert, and Edward Barry, sisters Margaret Moran and Elizabeth Barry, as well as several brothers and sisters-in-law.

Joan was a graduate of Warren Harding High School and Sacred Heart University. Joan loved her Catholic faith and spent many years sharing her faith with others. She was certified in the CCD Enrichment, Youth Minister, and Bible Star programs through the Diocese of Bridgeport. She taught CCD at both the elementary and high school levels for many years at St. Stephen's Church in Monroe and Christ the King Church in Trumbull, where she also ran the Teen Open Door Program. She also served as president of the Rosary Society at St. Stephen's Church. Joan served as a Reader and Eucharistic Minister at Christ the King Church since 1979. Joan was a member of the Trumbull Library Committee for One Book One Town for six years and served as trustee on the Trumbull Library Board for several years.

Joan loved classical and jazz music, the Impressionist painters, tennis, bridge, gardening, sports, cooking, and was especially crazy about the UConn Huskies Women's Basketball team. She loved reading and belonged to three book clubs. She was always looking to learn something new; she loved to watch PBS and several political programs.

Joan was most proud of being a wife to the love of her life, Bob and being called "Mom" by her daughter Mary and "Mim" by her grandson Kevin Jr. She thought of her daughter and grandson as her two bluebirds of happiness and felt blessed to have her son-in-law, Kevin, look after her. Joan also felt blessed to have a wonderful family and so many extraordinary friends in her life. Joan was an exceptional woman and a loving mother, grandmother, mother-in-law, sister, aunt, and friend and will be missed by all.

The family would like to thank the staff at Ludlowe Center and St. Vincent's Medical Center for the wonderful care that they gave Joan during her illness.

A Mass of Christian Burial will be celebrated meeting directly in Our Lady of Assumption Church, 545 Stratfield Road, Fairfield on Saturday, October 16, 2021 at 10:00 a.m. Friends may greet the family at the church at 9:15 a.m. until the start of the Mass. Interment will follow in Gate of Heaven Cemetery, Trumbull. There will be no calling hours.

In lieu of flowers, please consider a contribution in Joan's memory to a scholarship fund set up for her grandson, Kevin Jr. through the funeral home. Contributions should be made payable to Mary Rivera.

Share Your Memory of
Joan
Upload Your Memory View All Memories
Be the first to upload a memory!
Share A Memory