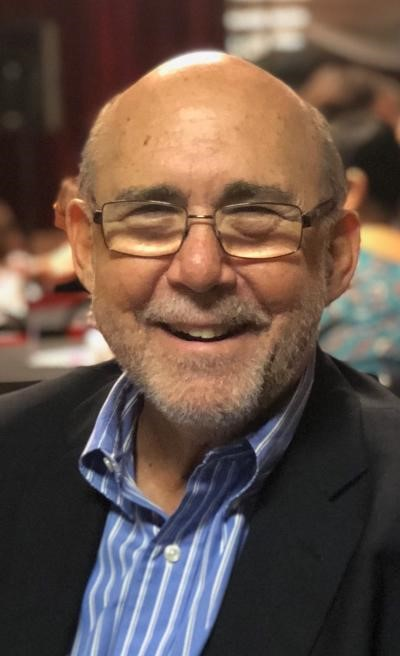 Dr. Juan Silvio Lopez, age 77, of Trumbull passed away peacefully on Friday, July 2, 2021 at Bridgeport Hospital surrounded by his loving family. He was the beloved husband of Pilar (Colon) Lopez and father of Craig and Keith Lopez. Juan was born in La Havana Vieja, Cuba, on December 17, 1943, the son of Juan Manuel Calixto Lopez Nuevo and Catalina Unquera Mediavilla. His early years were spent in an idyllic life of play with friends and family and rigorous studies at the Colegio San Agustin. In the spring of 1953, his life took a 180 degree turn when he emigrated from Cuba to Miami, FL. Quickly he joined the Boy Scouts of America and a little league baseball team, which along with school, facilitated his mastering of English as a second language. By 1955 Juan found himself living in Bridgeport, CT, where he enjoyed his life-long love of baseball guarding home plate on a team representing the Liceo Cubano of Bridgeport. As a young man Juan worked at the Cardinal Shehan Center in Bridgeport. Juan was an academic who enjoyed learning as much as teaching, and his work experience and accomplishments were far-reaching. Juan was a graduate of Bassick High School and obtained his undergraduate degree from the University of Bridgeport. He then attended Fairfield University for his master's degree and subsequently obtained his PhD from the University of Bridgeport. He later began an illustrious career in education as a teacher in the Trumbull School system, a teacher and principal in the Bridgeport School system, Assistant Superintendent in Bridgeport; he served as the Superintendent of Vocational Schools of CT, the Managing Director at Brown University and most recently as the Program Specialist at UCLA Graduate School of Education. He owned and operated the Wepawaug Day Camp in Newtown, CT, where he created many lasting memories for everyone who attended. He was proud to serve on numerous boards throughout the greater Bridgeport Community and as a Grand Marshall of the Barnum Festival. His heritage was extremely important to him and evident as a longtime member of the Cuban Club of Bridgeport where he gained many lasting friendships. Some of his greatest enjoyment, however, was found golfing and spending time with his family, especially his grandchildren, whom he adored above all else. He was a loving and devoted husband, father, grandfather, brother, uncle and friend of many. He will be deeply missed by all who knew and loved him.

In addition to his beloved wife Pilar of 53 years, survivors include his loving sons, Keith Lopez, Craig Lopez and his wife Emily, his cherished grandchildren, Evita, Lydia and Jai, his brother, Julian Gabriel Lopez, brothers-in-law, Russell Colon and his fiancé Jordan, David Colon and his wife Andrea and sister-in-law, Sonia Collins and her husband Tom, as well as loving nieces and nephew, Christian, Paige, Brittni, and Carly Colon and Megan and Emily Collins.

All are invited to attend a Mass of Christian Burial on Thursday, July 8, 2021 at 10:00 a.m. directly in St. Stephen Church, 6948 Main St., Trumbull. Interment will be held privately for the immediate family. Arrangements have been entrusted to the Abriola Parkview Funeral Home, Trumbull.

Share Your Memory of
Dr. Juan
Upload Your Memory View All Memories
Be the first to upload a memory!
Share A Memory