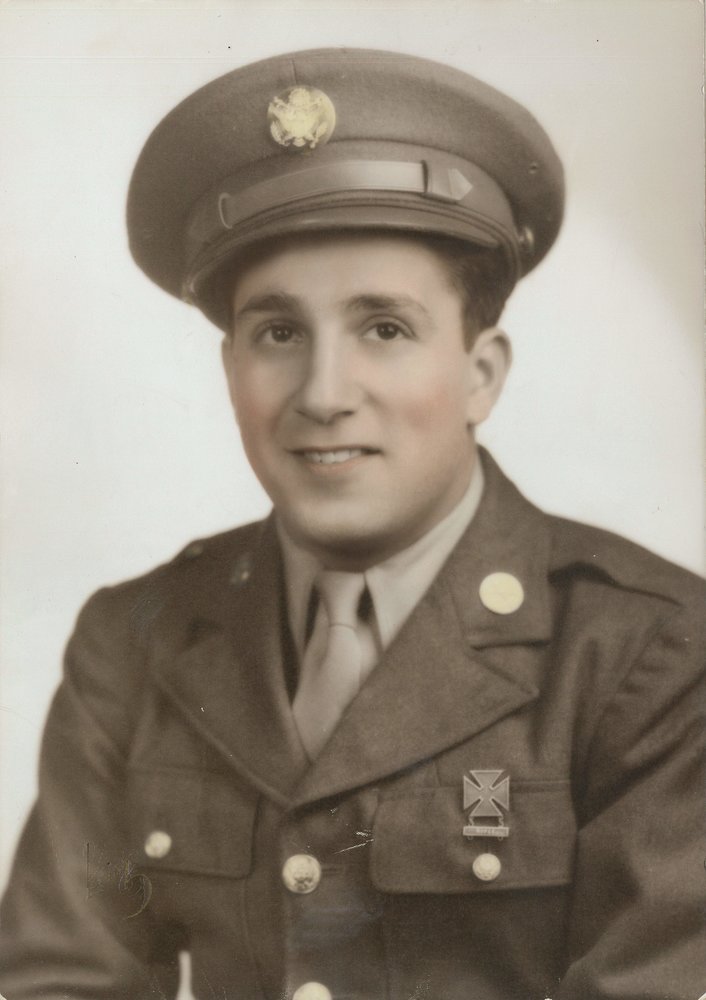 Anthony Leonard Bonacci, 97, returned to his Heavenly Father on March 14, 2021. He was the son of the late Angelo and Mary Cerra Bonacci and grew up in Carbondale PA, where he attended grammar and high school. As a youngster he picked coal in the surrounding mountains with his brothers and friends from the area.

While in high school Anthony moved with his parents and siblings to Bridgeport, where he finished his education at Harding High School and Bullard Havens Technical School, graduating as a first-class tool, die and gage maker.

In 1944 Anthony was drafted into the Army where he served in combat during the Battle of the Bulge in Europe and was seriously wounded during an enemy ambush. After many months of hospitalization in France and England he returned to duty in the Occupation Army as Sergeant First Class.

Anthony returned home in 1946 and married his sweetheart, Nina Gallo, in 1947. As a civilian, he continued his career at Avco Lycoming in Stratford. There he worked on numerous government contracts making jet engine parts for the military, and for NASA projects, including the nose cone heat shield for a space craft that successfully returned to earth as part of the Mercury program. He retired in 1985, and he and Nina moved from their home in Fairfield to Orange. He was a member of Knights of Columbus and the DAV and enjoyed traveling the country and abroad.

Friends are invited to a Mass of Christian Burial at 11:00 a.m. on Monday, March 22, 2021 in Holy Infant Church, 450 Racebrook Rd., Orange, and to the burial service immediately following at St. Michael's Cemetery in Stratford. Funeral arrangements are being handled by Abriola Parkview Funeral Home, Trumbull. In lieu of flowers, memorial contributions can be made, in honor of Anthony Bonacci, to the charity of choice.