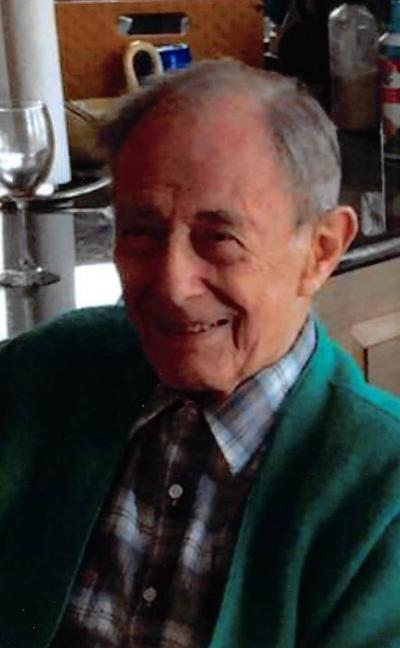 All services are Private

George J. Paulis, 97, passed away on February 12, 2021 in Tryon, NC. He was born on December 12, 1923 in Philadelphia, PA to Joseph and Ella Kovacs Paulis. George spent most of his adult life in Connecticut where he began an extraordinary career as an Aeronautical Engineer with Sikorsky Aircraft in Stratford in 1944. There he met and married Rosemarie Braccio and has been happily married for almost 73 years. He earned special recognition for 4 aircraft fuel system designs that were patented by Sikorsky. George later retired in 1987. His passions were traveling and Ballroom Dancing. He was a lifelong member of St. Theresa's Church in Trumbull. In later years, he moved with his wife to the Carolina's to be with his daughter and grandchildren. George was preceded in death by his parents, Joseph and Ella Paulis, his son, Gary G. Paulis, his sister, Carolyn P. Schultz and his brother, Captain Joseph J. Paulis, Jr. George is survived by his beloved wife, Rosemarie, his daughter & son-in-law, Elaine and Lawrence Jankins, his granddaughter & her husband, Shannon Capezzali & Tommy Seijo and his grandson, Christopher Capezzali and his great grandchildren Zahra and Lucca Seijo and numerous nieces and nephews. Loving thanks to his niece, Maureen DeBlois and his nephew, Brian Voytek for watching over him for so many years.

Due to the concerns about social gatherings affecting us all at this time a burial service was held privately at Gate of Heaven Cemetery. A memorial service will be held at a later date. Arrangements have been entrusted to the Abriola Parkview Funeral Home.

Share Your Memory of
George
Upload Your Memory View All Memories
Be the first to upload a memory!