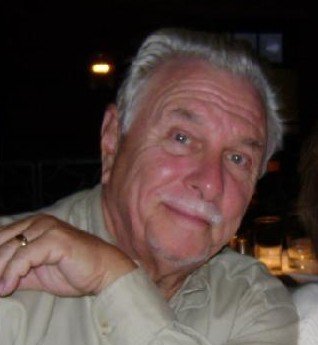 Richard Nicholas Nichio, Sr. (Richard Sr. wrote most of his own obituary)

A prominent member and secretary of Crown Groceries in Bridgeport, Richard owned and operated two supermarkets (Crown Budget Market) at the north end of Bridgeport, one of which has been taken over by his sons.  Under Richard’s management the Crown stores have done impressive business for over five decades. The Crown stores dominated Bridgeport, Fairfield and Stratford beginning in the late 1920’s and throughout the war years and the turn of the century.

Rich graduated in 1956 from Bullard Havens Technical School.  He continued his education by taking business courses throughout his U.S. Army active duty.  Richard and his father-in-law Nick were also involved in the Monroe area when they converted an antique store into a very popular ice cream parlor, the “pink” Sugarcone. Rich was also active in the Crown groceries warehouse as their secretary for many years.

In his church, St. George Albanian Orthodox Church, Trumbull, CT, Richard was responsible for beginning the Men’s League as an officer with his best friend and uncle, Don Jordan.

Richard enjoyed many things, especially cars. Fast and exotic were his favorites and at one time or another, he owned most collectibles.

Life was not complete with only cars; he loved boats and claimed a 20 minute run from Bridgeport to Port Jefferson in his 28 foot sportsman Donzi. His two Rotties were a precious part of his life.

Survivors include, his dance partner and the love of his life Jeanette, who he was married to for 57 years (making her miserable) also his children; Richard Jr., Craig (Danielle), Rebecca (Kathy) and Alicia (Al). His grandchildren Victoria, Adam, Anthony, Andrei, Dmitri and Malia. His brothers Peter (Karen) and Tom (Sherri) and numerous nieces and nephews.  Rich adored and loved his children and grandchildren but they also made him miserable.

Due to the concerns about social gatherings affecting us all at this time, a funeral service will be held privately for the immediate family. A public burial with full military honors will be held on Wednesday, January 6, 2021 at 12:00 noon in Gate of Heaven Cemetery, 1056 Daniels Farm Rd., Trumbull.