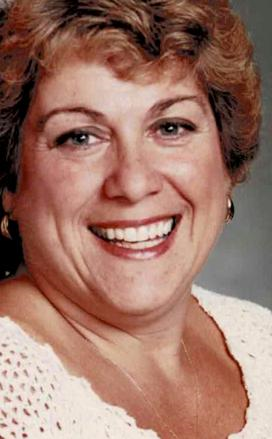 Janet Carroll Memoli, beloved wife of the late Anthony J. Memoli, passed away on November 11, 2020 in Stratford, Connecticut. Janet was the daughter of Julia (Fionte) and Albert J. Lessard, born in Stamford, Connecticut on September 22, 1932. She was a graduate of Sacred Heart Academy, Stamford and the University of Bridgeport where she earned a Bachelor of Science Degree in Dental Hygiene and a Master of Science Degree in Counseling. Janet worked in area dental practices, the City of Bridgeport's Division of Dental Health, and for more than 20 years was a faculty member of the Fones School of Dental Hygiene at the University of Bridgeport. She designed and developed the school's community service program, an integral part of the curriculum which gained national recognition and has been replicated by Dental Hygiene Schools throughout the United States. Janet served as the Director of Fones School and was the recipient of many awards in her profession including the Distinguished Alumni Award at the University of Bridgeport.

In retirement Janet volunteered as a docent at the Barnum Museum, as a fundraiser for the Downtown Cabaret Theater, a member of the Fones School Advisory Board and served on the Board of directors for 18 years at Southwest Community Health Center. She was a lector and an officer of the ladies Altar Guild at St. Margaret's Shrine.

Janet was predeceased by her husband Anthony J. Memoli, son John J. Carroll, and first husband Robert (Zeke) Carroll. She is survived by her loving family. Children: Julie and husband Joseph Giacobbe, David Carroll and wife Marita, Paul Carroll, and daughter-in-law Lynn and her husband Richard Walytok. Grandchildren: Tara Carroll, Edward Hrostek, John Carroll and wife Melissa, David Carroll, Robert Carroll, Anthony Carroll and wife Chanelle, Dane Carroll, Julia Carroll, and Paige Carroll. Great grandchildren: Mia, Cali, Gianna, Isabella, and Lyla Carroll. She was predeceased by her only sibling, sister Anne Searles formerly of Norwalk. She is also survived by many nieces and nephews and many close and trusted friends especially Lois. Janet inspired, comforted and touched so many lives with her selfless love, wisdom and kindness, she will be missed by so many.

Due to the concerns about social gatherings affecting us all at this time, there will be no calling hours. Arrangements entrusted to the Abriola Parkview Funeral Home, 419 White Plains Road, Trumbull. There will be a memorial mass scheduled at a later date.

Share Your Memory of
Janet
Upload Your Memory View All Memories
Be the first to upload a memory!