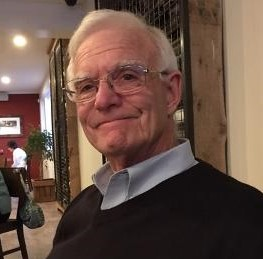 Obituary of Robert B. Collett

Robert B. Collett, age 79, of Shelton passed away peacefully on Thursday, July 2, 2020 at Lord Chamberlain, Stratford. He was the beloved husband of Jacqueline "Jackie" Gauthier Collett. Born in Brooklyn, NY on August 12, 1940, he was the son of the late Everett and Jennette Jung Collett. Robert had served proudly in the U.S. Army during the Vietnam era and later established a career with the IBM Company as a sales manager for many years before his retirement. He was a true outdoorsman in every sense of the word. He enjoyed traveling, hunting, fishing, camping, sailing and also playing tennis. Bob was a talented model railroader, whose work and articles were published in the National Model Railroad Magazine. He was also one of the founders of the Valley HO Trak. He built many lasting friendships through the local railroad club that he founded over 30 years ago. He was an avid photographer and enjoyed entering contests to showcase his work. His greatest enjoyment however was found in the time he spent with his family or dining out with his wife Jackie. A loving and devoted husband, father, grandfather, brother and friend to many, he will be missed greatly by his beloved Newfoundland dog "Portia".

In addition to his beloved wife Jackie of 56 years, survivors include his loving children, Scott B. Collett of Longmont, CO and Jill B. Donohue and her husband Stephen of Midlothian, VA, his cherished grandchildren, Matthew, Christopher and Jonathan Donohue, his sister, Dale McKenna and her husband James of Jupiter, FL as well as nieces, Erin Evanoka and Megan Saunders.

Due to the concerns at this time surrounding social gatherings, all funeral services and interment will be held privately for the immediate family. Arrangements have been entrusted to the Abriola Parkview Funeral Home, Trumbull.