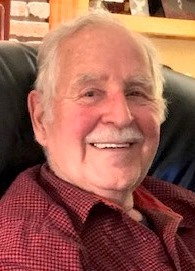 In lieu of flowers, memorial contributions may be made to the VA Connecticut Healthcare System, 950 Campbell Avenue, West Haven, CT 06516.

Peter L. Scinto, age 88, of Shelton passed away suddenly on Thursday, July 2, 2020. He was the husband of the late Elizabeth L. (Behan) Scinto. The two were married for 47 years until her passing in 2003. Born in Bridgeport on August 24, 1931, he was the son of the late Peter L. and Mamie Rose (Scarduzio) Scinto. He grew up in Bridgeport during the Great Depression, humbly working as a shoeshine boy and a pin boy. As a young carpenter, he was also involved in the construction of multiple bowling alleys in the Northeast. Mr. Scinto was a graduate of Warren Harding High School, where he was a National Champion in both bowling and swimming. He was a proud U.S. Army veteran, having served honorably during the Korean War. He worked as a union carpenter and millwright for 55 years while serving as the secretary of Local 210. He was always proud to say that he was a union member for 70 years. He was an avid golfer and was a huge fan of the New York Yankees and UConn women’s basketball program. His greatest enjoyment was found in the time he spent with his daughters, sons-in-law, and grandchildren, whom he adored.

Due to the concerns at this time surrounding social distancing, all funeral services and interment will be held privately for the immediate family. A memorial service will be held at a later date when we can gather in larger groups.

In lieu of flowers, memorial contributions may be made to the VA Connecticut Healthcare System, 950 Campbell Avenue, West Haven, CT 06516.

Share Your Memory of
Peter
Upload Your Memory View All Memories
Be the first to upload a memory!