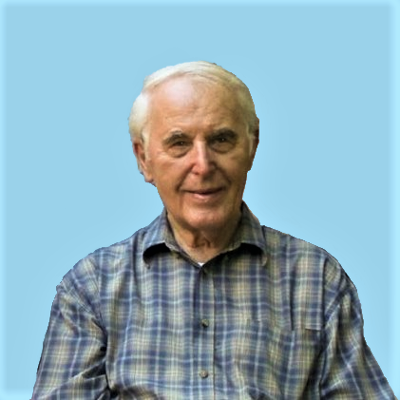 Thomas Frank Bombero, age 87, of Shelton, CT entered into eternal life on Tuesday, June 23, 2020 at his home, in the care of his loving family. He was the beloved husband of 66 years to Elaine Ann (Philipp) Bombero. Tom was born in Bridgeport, CT on August 29, 1932, to Stephen T. and Emma A. (Gadus) Bombero. As a child, he loved the outdoors and had many adventures with his older brother, Stephen, and his younger brother, Ronald. Instead of toys, his father gave him tools, motors, and machine parts to tinker with. One teacher commented on his eighth grade report card:” Thomas’s interest and ability along ‘inventive’ lines should be encouraged. He has made many worthwhile contributions in class along this line.”

On graduation from Warren T. Harding High School in 1951, Tom enrolled at the University of Connecticut in Storrs, where he met Elaine. From 1953 to 1955 he served in the U.S. Army. Tom and Elaine were married February 20, 1954, and the couple lived in Killeen, Texas. He worked in the motor pool, where his ability as a welder made him extremely valuable. By the time Tom finished his active duty, he had attained the rank of SP5.

When Tom and Elaine returned to Connecticut, Tom re-enrolled at UConn and continued his studies in agricultural engineering. By the time he completed his B.S. degree in 1962, he and Elaine were the proud parents of four daughters and had built a home in the Town of Chaplin. Always a problem-solver, Tom invented a new method for removing tree stumps from city streets during this time and marketed it around his area. After graduating from UConn, Tom looked for design engineer positions near his hometown. He moved his family to his boyhood home in Trumbull and eventually landed a job at Schick Safety Razor in Milford. Tom’s approach to solving problems was both unconventional and highly successful. In 1965, Tom was promoted to Chief Design Engineer.

After several years at Schick, Tom fulfilled his dream of opening his own automation engineering business, Hi-Speed Automation. He put in many long hours to help the business succeed. After a few years, he was employed by Philips Medical Systems as a project engineer. At Philips, he designed and built mechanical parts for early CAT scan machines and other medical procedure equipment. One of his supervisors at Philips said that no engineer he had ever met had design abilities like Tom’s. Although Tom “retired” from Philips in 1988, he continued to design automation machinery and to work as a licensed real estate broker for many years.

In the early 1970s, Tom became a follower of Christ and was baptized. He served actively in several church fellowships and home Bible study groups. He had a special concern for young people who were facing addiction, family troubles, or other problems and often would help them to find treatment programs and counseling. He also volunteered as a lay pastor at Wicke Health Center in Shelton, leading a worship service once a month for about twenty years. Tom was a creative thinker. He also loved to “collect” items which he would save for future projects. He would have needed ten lifetimes to complete all the projects he dreamed of doing.

Due to the concerns about social gatherings affecting us all at this time, calling hours and the funeral service will be held privately for the immediate family. However, a graveside service open to the public will be held at 12:00 noon on Tuesday, June 30, 2020 at St. Michael’s Cemetery 2205 Stratford Ave., Stratford, CT. The family requests that attendees wear face masks. Arrangements entrusted to the Abriola Parkview Funeral Home, 419 White Plains Rd., Trumbull.

Share Your Memory of
Thomas
Upload Your Memory View All Memories
Be the first to upload a memory!