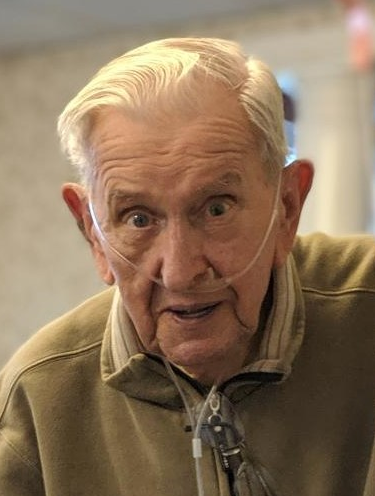 Raymond M. Madar, age 89, of Stratford passed away peacefully on Friday, March 6, 2020 at Bridgeport Hospital surrounded by his loving family. He was the beloved husband of the late Margaret "Peggy" Buchino Madar. Born in Bridgeport on October 31, 1930 he was a son of the late Michael and Josephine Kochiss Madar.

Ray worked as a machinist for Moore Special Tool Company with 39 years of dedicated service before his retirement in 1993. Mr. Madar was a proud veteran of the U.S. Army, having served honorably during the Korean War. He was a member of the VFW Post 9460 in Stratford and the Knights of Columbus, St. James Council 2370, where he built many lasting friendships. He belonged to the Shelton Senior Center Songsters, Milford Senior Center Choral Group and the Baldwin Center Men's Club, where he enjoyed playing bocce and pinochle. He was an avid bowler and golfer and a big supporter of the New York Yankees and Giants. Ray loved the time he spent traveling but his greatest enjoyment was found in the time he spent with his family, especially his beloved sister, and attending the sporting events of his grandchildren. He was a loving husband, father, grandfather and brother and will be greatly missed by all who knew and loved him.

Funeral services will be held on Wednesday, March 11, 2020 at 10:30 a.m. in Holy Name of Jesus Church, 1950 Barnum Ave., Stratford for a Mass of Christian Burial. Interment will follow in St. Michael Cemetery, Stratford. Friends may greet the family on Tuesday from 4:00 to 7:00 p.m. at the Abriola Parkview Funeral Home, 419 White Plains Rd., Trumbull.

Share Your Memory of
Raymond
Upload Your Memory View All Memories
Be the first to upload a memory!