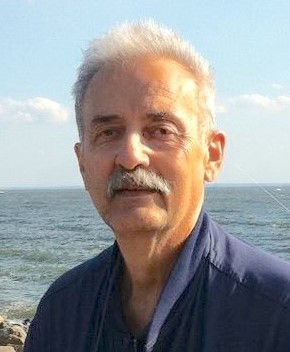 Joe was married to the love of his life, Kathleen Filia Gambino for 46 years and was the best father and grandfather anyone could ask for to his two daughters, Trisha Gambino Hoglan and Gina Gambino, and two grandchildren Raven Buchwald and Violet Hoglan. He also leaves behind several nieces, nephews, and aunts.

Joe could always be found at St. Mary's by the Sea. He loved muscle cars, enjoyed marksmanship & fishing and used to reminisce often about his 69 Super Sport Nova. Joe graduated from Notre Dame High School in 1961 & later from Pratt Institute. As an architect and project manager by profession, he worked for the City of Bridgeport for over 30 years, as well as many other companies such as Avco Lycoming, Fletcher-Thompson, Xerox, Coca-Cola & G.E. The landmark of his career was the design of the Beardsley Zoo carousel building & various other structures throughout Bridgeport, CT. Joe will forever be loved and missed so much for his amazing character, faith and sense of humor. He was a father figure and mentor to so many.

Memorial Contributions may be made to Joe's Funeral and Burial Fund
https://www.gofundme.com/f/funeral-arrangements-for-joe-gambino?utm_source=customer&utm_medium=copy_link-tip&utm_campaign=p_cp+share-sheet

Share Your Memory of
Joseph
Upload Your Memory View All Memories
Be the first to upload a memory!