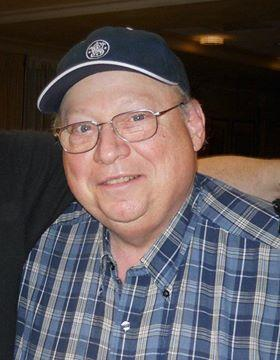 In lieu of flowers, memorial contributions may be made to Active Heroes, Aiming For Zero, 5809 Bardtown Road, Louisville, KY, 40291.

Michael Tim Critser, age 72, of Trumbull, beloved husband of Pamela Finley Critser, passed away peacefully on Monday, January 20, 2020 at St. Vincent's Medical Center, Bridgeport. Born in Anderson, Indiana, on May 12, 1947, he was a son of the late Wayne Lee Critser and Virginia Lee Klandrud. A proud U.S. Air Force Veteran who served honorably during the Vietnam War. Putting the needs of others before his own and lending a helping hand was Michael's passion. He was very active in the New England Shooting Community and the Disabled Veterans Suicide Prevention Organization. He assisted in the creation of Aiming for Zero, a veteran suicide awareness and prevention program that helps fund programs such as Active Heroes. He facilitated events for Westpoint Combat Arms team, Boy Scouts, Smith & Wesson, Sig Sauer, Adaptive Defense Shooting Summit, Scholastic Action Shooting program and Border Patrol. Michael was also a member of the Army Combat Weapons Team. He also facilitated international events occurring in Italy and Puerto Rico. He mentored and trained numerous safety officers. He was a major supporter of the 2nd amendment. He had extensive training and knowledge in electronic engineering. His first project coming home from Vietnam was to build a console television set for fun. He enjoyed being a member of the Trumbull Senior Citizens Bowling League, where he built many friendships over the years. A loving and devoted husband, father, grandfather, brother and friend of many, he will be deeply missed by all who knew and loved him.

In addition to his beloved wife, Pamela of 46 years, other survivors include his three loving daughters, Tracy Turner and her husband Charles of Mineola, TX, Lori Weaver of Milford and Shana Butwell and her husband Nicholas of Meriden, four cherished grandchildren, Alexandria Pearce and Michael Turner, both of Mineola, TX and Kaitlin, Aiden Weaver and their father Phillip Weaver of Tuscon, AZ, mother-in-law, Mary Lou Sieruga of Country Club Hills, IL, brothers-in-law, Walter Sieruga and his wife Kim of St. Augustine, FL and Eric Sieruga of Country Club Hills, IL, sister-in-law, Denise Flamini of Homewood, IL, as well as several nieces and nephews. He was predeceased by his brother, Gary Critser.

Funeral services will take place on Saturday, January 25, 2020 at 11:00 a.m. directly in the Church of Jesus Christ of Latter-day Saints, 30 Bonnie View Drive, Trumbull. Interment will take place at a later date in Memory Gardens Cemetery, Arlington Heights, IL. Relatives and friends may greet the family on Friday from 4 – 7 p.m. in the Abriola Parkview Funeral Home, 419 White Plains Road, Trumbull.

In lieu of flowers, memorial contributions may be made to Active Heroes, Aiming For Zero, 5809 Bardtown Road, Louisville, KY, 40291.