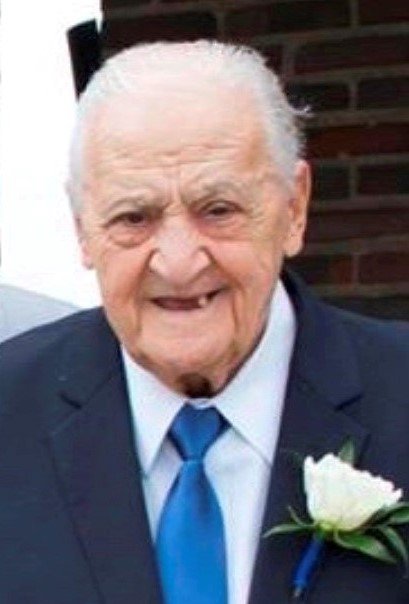 Felix F. Amato, age 88, of Trumbull, beloved husband of the late Mary Helen Pierson Amato, passed away peacefully on Sunday, December 15, 2019 at St. Vincent's Medical Center with his loving family by his side. Born in Bridgeport on December 18, 1930, he was a son of the late Michael and Theresa Muzio Amato and was a longtime resident of Trumbull. Felix joined the United States Army and proudly served his country during the Korean War. He became an operations manager with the former E.J. Korvette's and later for the Westfield Mall. He then, along with his wife, operated "We're the Best" variety store in Bridgeport for 17 years and before his retirement he worked at Sikorsky Aircraft for 12 years in the maintenance department. He enjoyed traveling with his wife, gardening, going to Met's games with his grandchildren and often could be seen at Christmas time dressing up as Santa Claus for his family and friends. Above all, his greatest joy was spending time with his family.

Survivors include his loving children, Edward Amato and his wife Diane of West Haven, Anna Spinelli and her husband Ralph of Effingham, NH, a son-in-law, Joseph Toto of Hollywood, FL, a brother, Dominic Amato and a sister, Mary Lou Amato both of Trumbull seven grandchildren, Edward Amato, Jr. and his wife Dakota, Gina Amato, Ralph Spinelli, Jr., Felicia Maguire and her husband John, Anthony Spinelli, Tyler and Christopher Toto, and as well as two cherished great grandchildren, Mason and Nicholas. He was predeceased by a daughter, Theresa Toto, a brother, John Amato and a granddaughter, Jennifer Spinelli.

Friends are invited to meet directly in St. Andrew Church, 435 Anton St., Bridgeport on Friday, December 20, 2019 at 10:00 a.m. for a Mass of Christian Burial. Interment with Full Military Honors will follow in St. Michael's Cemetery, Stratford. Family and friends may call on Thursday from 4:00 to 7:00 p.m. at The Abriola Parkview Funeral Home, 419 White Plains Road, Trumbull. In lieu of flowers, memorial contributions may be made to CT Fallen Heroes Foundation, 9 Bear Den Rd., Trumbull, CT 06611.

Share Your Memory of
Felix
Upload Your Memory View All Memories
Be the first to upload a memory!