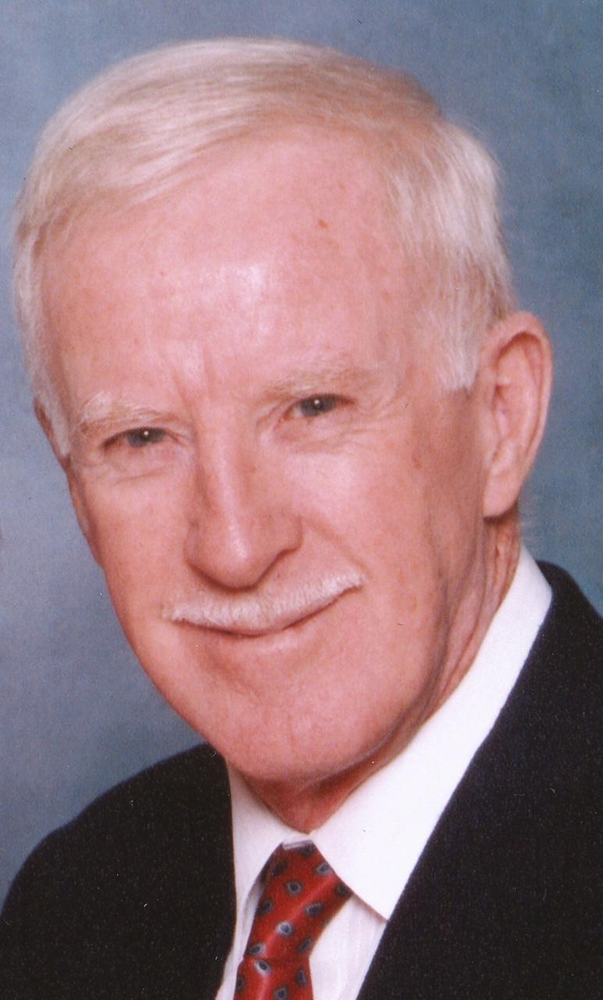 Memorial Contributions may be made to the Alzheimer's Association, 200 Executive Blvd. Suite 4B, Southington, CT 06489.

He was predeceased by his parents, Robert Emmett (EM) Donnelly and Ella Harrington Donnelly, his brother, John King Donnelly and his sisters, Eileen Hagerty and Virginia Grasso.

Bob grew up in Bridgeport where he attended St. Augustine Grammar School, Fairfield Prep High School and Rensselaer Polytechnic Institute. He graduated in 1953 with a degree in civil engineering. Bob then served his country with pride for the required two years as a first lieutenant in the U/S. Army. At the end of the two years, he was sent to Fort Knox in Kentucky for discharge where he met his future wife, Mary Lou Schwender. In 1957, they married and moved to Connecticut. They built a home in Shelton where they lived for the past 62 years and raised four children.

After the army, Bob went to work for Donnelly Bridgeport Construction Company (founded by his father) where he worked with his brother John. When they sold the business, he then went to work for the City of Bridgeport as an Assistant City Engineer. After several years, Bob was recruited by Bridgeport Hydraulic (now Aquarion Water) where he remained as a licensed professional engineer for 29 years until his retirement. While at the company, Bob was chosen to be the representative for Call Before You Dig, serving on the board as vice president.

Bob and Mary Lou thoroughly enjoyed their annual summer visit to Hampton Beach, NH where they went to their favorite inn for 30 years. Also, for many years, Bob enjoyed exercising and swimming with his friends at the Shelton Community Center.

In addition to his beloved wife, he is survived by his devoted children, Maureen Donnelly of North Branford, Robert E. Donnelly (Sharon) of Appleton, WI, Mark Donnelly of Stratford and Carolyn Oppenheim (Peter) of Sleepy Hollow, NY, and five grandchildren; Allison, Robert, Ryan, Casey and Abby who have brought him much joy. He also leaves a large Irish family of cousins, nieces and nephews who were always there whenever needed.

Funeral Services will be held on Saturday, December 21, 2019 at 10:00 a.m. in St. Lawrence Church, 505 Shelton Ave., Shelton for a Mass of Christian Burial. Interment will take place in Huntington Lawn Cemetery, Shelton at a later date. Relatives and friends may greet the family on Friday from 4 -7 pm. at the Abriola Parkview Funeral Home, 419 White Plains Rd., Trumbull.

Memorial Contributions may be made to the Alzheimer's Association, 200 Executive Blvd. Suite 4B, Southington, CT 06489.