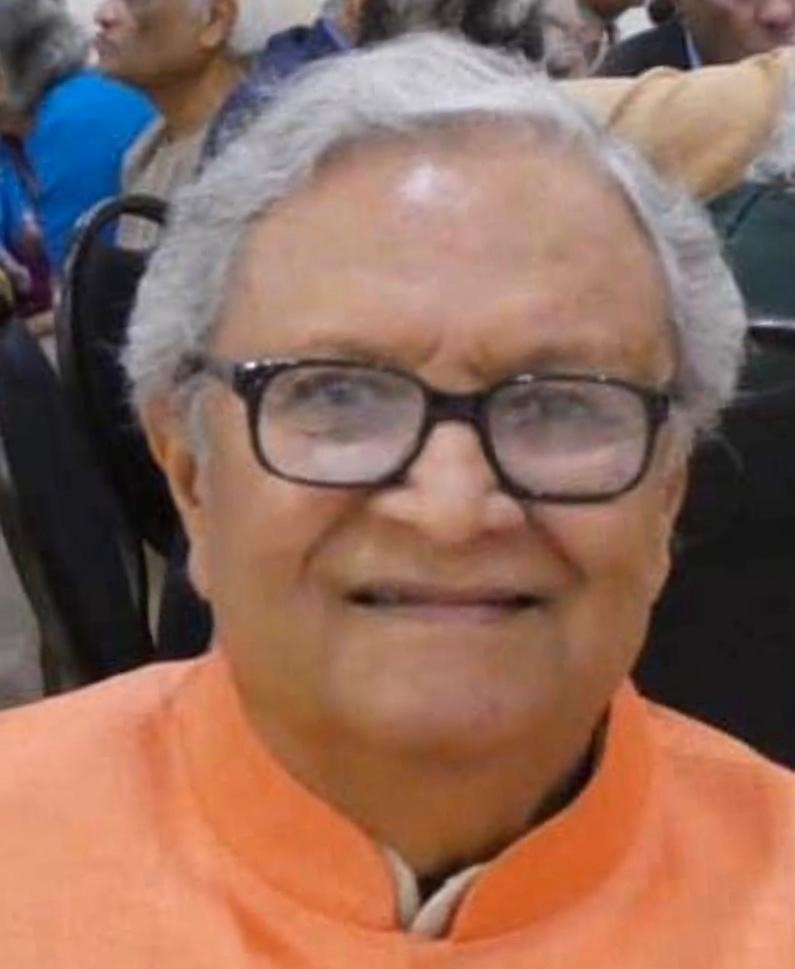 Dr. Kirit R. Vaidya, age 82, of Trumbull, Connecticut passed away peacefully on Wednesday, November 20, 2019 surrounded by his loving family. He was the beloved husband of Rashmi Vaidya and father to sons Kaushal K. Vaidya of New Haven and Sujal K. Vaidya of Brooklyn, NY. Born in Sihor, Gujarat, India on February 20, 1937, Dr. Vaidya was the son of the late Rameshchandra Vaidya and Kantaben Mulani. Dr. Vaidya attended medical school in India, where he obtained his MBBS Degree before coming to the United States. In 1970 he immigrated to Providence, RI before spending some years in Boston at the Boston City Hospital. In 1979, he continued his journey by moving to Trumbull, where he worked for many years at Bridgeport Hospital as an anesthesiologist. A remarkably gifted and talented man, Dr. Vaidya retired at the age of 75 but continued to work part time at the Connecticut eye surgery center in Milford.

He built numerous relationships over the years because of his dedication to the medical field and to colleagues in the medical community, he was also the President of CAPI (Connecticut Association of Physicians from India). He was a proud member of the Bridgeport Rotary Club and a longtime volunteer dedicating numerous hours reading to students in the Bridgeport Public School System for many years. Kirit was a pillar in the Indian community and his devotion to helping others will forever be remembered as he would return to India to donate both his time and money to provide anesthesia services to underprivileged. He contributed and encouraged others to Ekal Vidyalaya charity to support education in small villages in India.

His great love for social acronyms and catch phrases will be forever remembered by all who knew him. He would never fail to greet people with his coined phrase, "Are you happy?" or answer with the adage "SFSG" meaning so far so good.

In addition to his loving wife Rashmi, who he always referred to as, "#1 in my book," and his dear sons Kaushal and Sujal, other survivors include his sister, Pratima Nikunj Bhatt, nieces Kavita Vasavada and Chhabi Shah and many other cousins, nieces, and nephews; too numerous to mention. He was predeceased by his brothers, Dushyant Vaidya and Bharat Vaidya. An incredibly beloved man, a devoted family man, he was truly considered a father to countless family members. He will be deeply missed by all who knew him.

Friends may meet the family on Saturday, November 23 from 9:30 a.m. – 11:30 a.m. at the Abriola Parkview Funeral Home, 419 White Plains Rd. in Trumbull. Additionally, Kirit's life will be celebrated on Saturday, November 23 from 4:00 p.m. – 6:00 p.m. at the Hindu Cultural Center, located at 96 Chapel St. in Stratford. Dinner to follow. Cremation Services will be held privately at the convenience of the family.

Share Your Memory of
Dr. Kirit
Upload Your Memory View All Memories
Be the first to upload a memory!