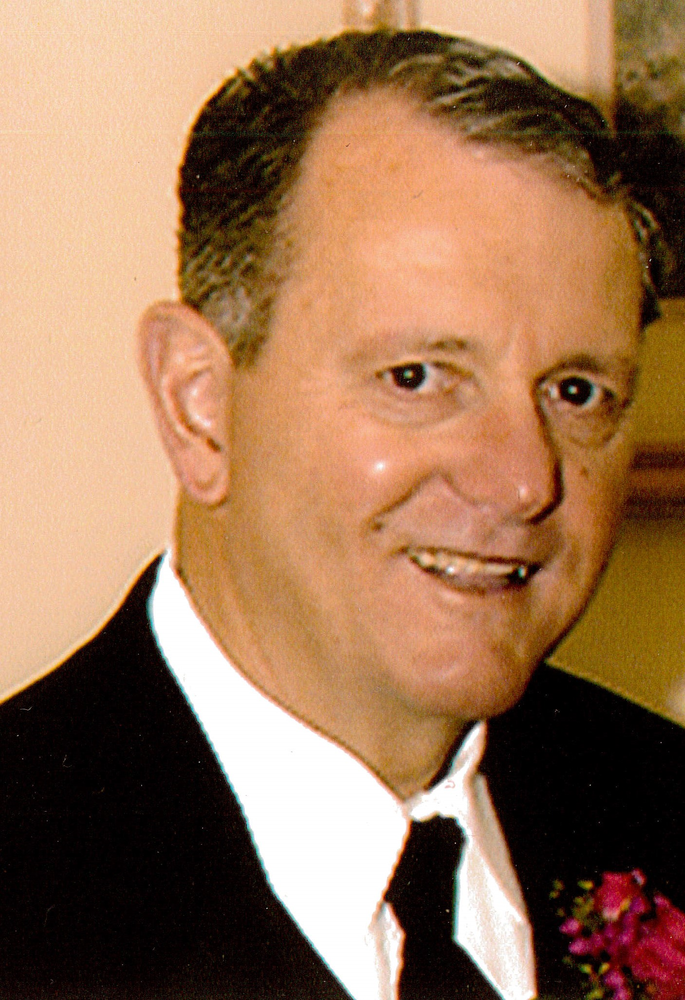 Leonard (Butch) Benedetto, age 79, of Shelton, loving husband of Lorraine Alexander Benedetto, passed peacefully into the arms of our Lord on Monday, November 4, 2019 with his wife by his side. In addition to Lorraine, his wife of 57 years, he leaves his two daughters, Dr. Linda Cozzens and her husband James of Upton, MA and Lori Mihalov and her husband Paul of Monroe, his cherished grandchildren, Andrew Cozzens, Noah Modesto and her husband Pedro, Rachel Cozzens and Max Mihalov.

Born and raised in Bridgeport, Butch was the son of the late Leonard J. and Loretta Caldarola Benedetto. He grew up in the North End of Bridgeport, where he began playing baseball at a young age on a team coached by his father. He played on the National Junior League for Singers, American Legion Ball, and Bridgeport Senior League with the Highland Athletic Club.

As a member of Fairfield Prep Class of 1958, he played two years of basketball and three years of varsity baseball as a pitcher, shortstop and centerfielder. He co-captained the team in his senior year, helping the Jesuits to an 18-2 record. It was through sports that he developed many of his most cherished lifelong friendships. He played touch football, softball, basketball, racquetball, and handball for much of his life.

Butch toured New England and Canada with the New York Yankee rookie team and in 1958 signed a bonus contract to play left field with the Boston Red Sox; he played minor league baseball for four years. It was a point of pride for him that he roomed with another left fielder named Carl Yastrzemski and had Ted Williams as a batting coach. In the 1961 season he batted .321 with 17 home runs, 93 RBIs and 33 stolen bases.

After leaving the Red Sox, Butch returned to his hometown of Bridgeport and joined the Bridgeport Fire Department where he served for thirty years before retiring as a Lieutenant. He then worked full time work as a Marshall with the State of Connecticut for the next 11 years. Throughout his years of employment as a firefighter and a marshall, he also painted houses, cleaned gutters professionally, drove an oil truck, umpired, drove a limousine, and coached basketball teams at Trumbull Catholic Regional School. He also provided personal coaching advice to aspiring athletes of all skill levels, and there are many in the Greater Bridgeport area who will remember going to the firehouse to learn how to swing a bat better or pitch faster.

Despite holding several jobs at all times throughout his working years, Butch found plenty of time to devote to his family. He attended hundreds of basketball and volleyball games for his children, not to mention the numerous plays, concerts, dance recitals, talent shows, presentations, masses, and science fairs at which he was present, both in Connecticut and Massachusetts, when his children or grandchildren took part.

Butch was active in The Greater Bridgeport Oldtimers' Athletic Association. He was honored with the Outstanding Athlete Award in 2000 and named Man of the Year in 2010. In addition to this, he and his family always enjoyed seeing his name in Bridgeport Post "Those Were the Days." Butch watched with bemusement as his name began to appear more often under the "forty years ago" heading than under "ten years ago."

Butch never missed a Sunday in his parish church whether at Holy Rosary, St. Patrick's, St. Andrew's, St. Teresa's, or St. Jude's. He found his final church home at North Park Baptist Church where he was a steady presence and support. In his final years the people of North Park Baptist Church, especially Pastor Mark, Katy Smith and Mary Bowes, supported him so faithfully and were a model of devotion and love which were such a deep comfort to his family.

Butch's courage, strength and dignity were on full display as he prevailed over Parkinson's Disease for more than 17 years. Despite increasing physical challenges, he continued to travel with his grandchildren and they have many wonderful memories of their trips to Cape Cod, Beardsley Park Zoo, Storyland, and DisneyWorld with their Poppy. He remained interested in the efforts and achievements of his daughters and grandchildren to the end. It was a source of great joy and a comfort to Butch and to his family that he had numerous lifelong friends and family that faithfully visited him throughout his illness: DIck Ondek, Dan Guerra, Joe DeFillippo, Fran Prinicpe, Ron Garrett, Bob Palatiello, Rich Marrazzi, Danny Prall, Nick Auriemma Jr. and Barbara Miller.

Butch and his wife Lorraine were fortunate to live in a wonderful neighborhood where their neighbors have looked after them consistently. They have benefited greatly over the years from the camaraderie and expertise of the Parkinson's Support group under the leadership of Terry Swan. Butch's family is also grateful to his exceptional caregivers, especially Bonnie Balko and Betsy Katchmar and Erilyn Martinez. They extend their deep appreciation to those staff members at Jewish Senior Services (you know who you are) who made their journey more bearable and to Tricia Craig Christensen and Angela Tingle at Constellation Hospice.

In addition to his wife and children, Butch is survived by his sister, Patricia Greene and her husband Richard of Shelton, his sister in law Barbara Alexander of Michigan, and two devoted cousins Vincent and Frank Auriemma. He was predeceased by his grandson David, his brothers in law, Dr. James Alexander and Bruce Alexander, and his cousin Nicholas Auriemma.

In his lifetime, Butch was an avid supporter of the JDRF on behalf of his grandchildren and he participated in many walk-a-thons to cure diabetes. It was his wish that memorial donations be made to Juvenile Diabetes Research Foundation,  20 Batterson Park Road, Farmington, CT 06032.

Share Your Memory of
Leonard
Upload Your Memory View All Memories
Be the first to upload a memory!