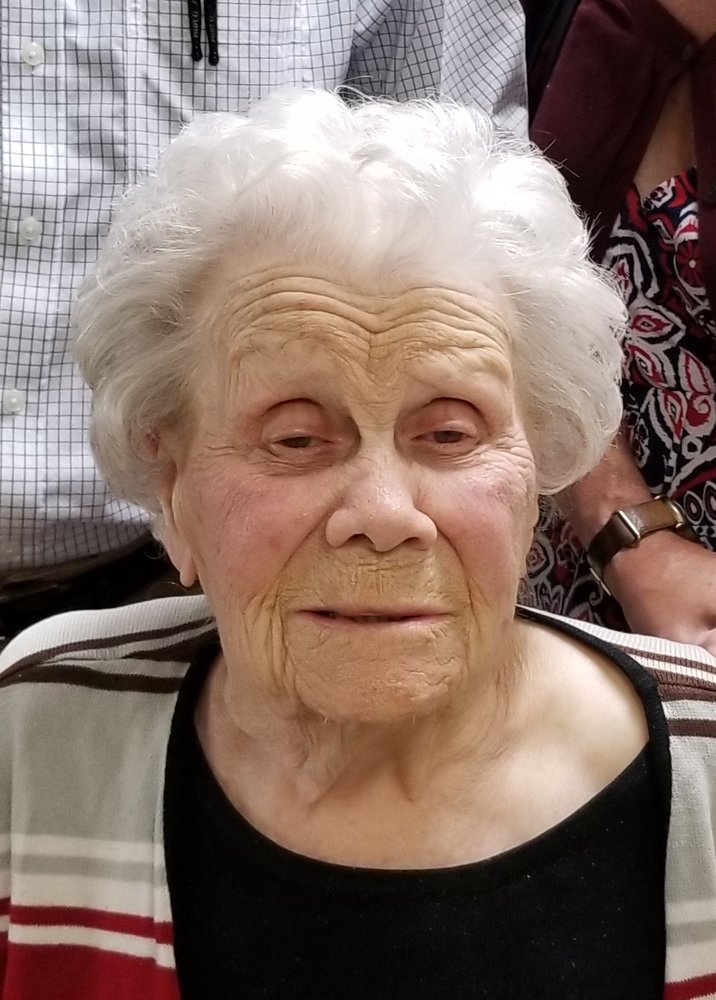 Helen was born in Bridgeport, CT on April 6, 1923 and resided most of her adult life in Stratford, CT. She is survived by her two children, son Gerald (and Linda) Benichak, and daughter Bernadette (and the late Gerard) Heffern. She had eight grandchildren (Rachel Zorbaron, Randall Benichak, Rebecca Meshulam, Richmond Benichak, Jennifer Benichak, Amanda Terlizzi, Pamela DiToro, and Brian Heffern) and 10 great grandchildren, and numerous nieces, nephews, grandnieces, and grandnephews.

Helen remarried in 1965 to the late George Charles Benichak and the marriage lasted until his death in 1970. Helen is the last of all of her siblings (Francis Kozlowski, Walter Kozlowski, Joseph Kozlowski, John Kozlowski, Stella Connors, Bertha Veilleux, and Dolores Kozlowski). She was a parishioner of Our Lady of Grace Church in Stratford, CT for many years. Her faith was very important to her, as was the love of her family.

After working for many years at American Specialty in Shelton, CT she retired and took pleasure in just being involved with her very large extended family and friends. No one ever left her home hungry, and she was held in high regard for her Polish specialties, especially pierogis.  The family wishes to thank Masonicare medical staff for their kindness, care, and sensitivity during Helen’s illness.

A Mass of Christian Burial will be celebrated in Our Lady of Grace Church, 497 Second Hill Lane, Stratford on Friday, September 6, 2019 at 11:00 a.m. Interment will follow in St. Michael’s Cemetery, Stratford. Friends may greet the family on Friday morning from 9:30 – 10:30 a.m. in The Abriola Parkview Funeral Home, 419 White Plains Road, Trumbull.

Share Your Memory of
Helen
Upload Your Memory View All Memories
Be the first to upload a memory!