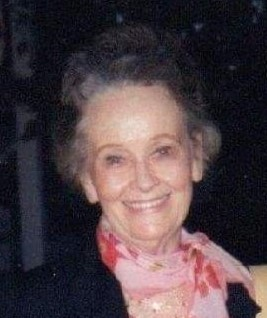 Lorraine Rita Moran Warren, age 92, world renowned paranormal researcher and ghost hunter, of Monroe, beloved wife of the late Edward Miney Warren, passed away peacefully on Thursday, April 18, 2019 at her home. Born in Devon, CT on January 31, 1927 she was a daughter of the late James Joseph Sr., and Georgiana Hamilton Moran.

Mrs. Warren was half of the husband and wife team of Ed and Lorraine Warren, “Seekers of the Supernatural”.

The Warrens founded the New England Society for Psychic Research in 1952. Called “ America’s top Ghost hunters” the team was often asked to assist in numerous police investigations involving satanic ritualistic murders and were in high demand by hundreds of colleges and universities to speak on the subject of the supernatural. Mrs. Warren and her husband have co-authored ten books on the subject of the supernatural. Together, they were the inspiration for what is now known as “ The Conjuring Universe”, a series of feature motion pictures, which include “ The Conjuring”, “ The Conjuring 2”,” Annabelle” “ Annabelle Creation”, “ Annabelle Comes Home”, and “ The Nun”. A third Conjuring film will begin filming this summer. They were among only a handful of investigators asked to investigate the Amityville Horror Case and were consultants on the first Amityville Horror film.

Mrs. Warren was an avid animal lover and rescuer,  having given selflessly to numerous animal charities.

Mrs. Warren was loved by many thousands of people throughout the world. She was a genuine, compassionate individual and was “ Pure of Heart”.

Funeral services will take place on Wednesday, April 24, 2019 at 10:00 a.m. in St. Stephen’s Church, 6948 Main St., Trumbull for a Mass of Christian Burial. Interment will follow in Stepney Village Cemetery, Monroe. Relatives and friends may greet the family on Tuesday from 4 – 7 p.m. in the Abriola Parkview Funeral Home, 419 White Plains Road, Trumbull.

In lieu of flowers, memorial contributions may be made to an animal charity of your choice.

Share Your Memory of
Lorraine
Upload Your Memory View All Memories
Be the first to upload a memory!