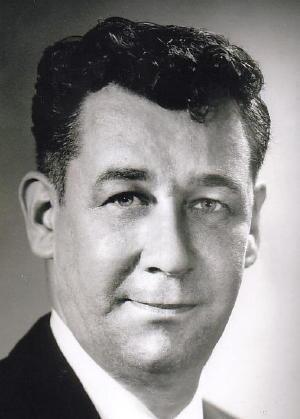 Frederick L. Held, Sr., age 73, of Trumbull, a retired Superintendent of Planning and Industrial Engineering for DuPont at Remington Arms with 30 years of service, died at his residence on Monday, May 31, 2004 surrounded by his family. Born in Bridgeport, he was the son of the late Frederic H. and Edith Lindsey Held. Mr. Held was a 1947 graduate of Central High School. A U. S. Army veteran with the Signal Corp., he served in the Korean War and participated in the landing of Inchon and the Battle of the Chosin Reservoir. Mr. Held earned a B. S. Degree in Industrial Engineering from Yale University, Sheffield School of Engineering, graduating Magna Cum Laude and was a member of Tau Beta Pi and Sigmi Xi. He also was a member of the American Legion Post 141, the Board of Trustees at the Long Hill United Methodist Church and was a former member of the Trumbull Town Council. He was a 50 year member of the Corinthian Lodge #104 and a member of the Shriners Pyramid Temple.

Friends are invited to meet directly in the Long Hill United Methodist Church, 6358 Main St., Trumbull at 10:30 a.m. on Friday, June 4, 2004 for funeral services. Interment will be private at the convenience of the family. Friends may call on Thursday from 4-8 p.m. at the Abriola Parkview Funeral Home, 419 White Plains Road, Trumbull.

In lieu of flowers, those desiring may make memorial contributions to the Shriners Hospital for Children, Carew St., Springfield, MA 01104.

Share Your Memory of
Frederick
Upload Your Memory View All Memories
Be the first to upload a memory!
Share A Memory