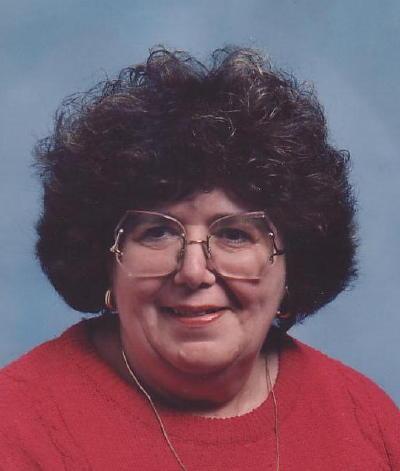 Mary Louise (Mary Lou) Diorio, age 68, a lifelong resident of Bridgeport, died Thursday, August 12, 2004 at her residence. Born in Bridgeport on May 25, 1936, she was a graduate of the class of 1954 of Warren Harding High School, and was an employee of the Connecticut National Bank for 34 years where she retired as an Operations Officer. Mary Lou was a member of the Quarter Century Club of Connecticut National Bank and served as a Junior Achievement Adviser for the Bank. She was also a member of the National Association of Women in Banking. Mary Lou was very active in her parish, Holy Rosary Church, where she served as a Trustee and was a lector, commentator, and eucharistic minister. She was also a longtime member and past President of the Saint Theresa Guild and was Co-Chairman of the Festival Committee for the Feast of St. Anthony. She was also a member of the Council of Catholic Women. Mary Lou was a volunteer at Bridgeport Hospital, the Polka Dot Playhouse of Stratford and served as a Barnum Festival volunteer. She was an avid Yankees fan and was fond of playing cards and bingo, reading novels and watching Clint Eastwood movies.

Mary Lou was predeceased by her beloved parents, Pasquale and Frances Bevacqua Diorio, her brother Paul, devoted uncles, Vincent and Frank Bevacqua and cousin, Nick Bevans. Survivors include her very special cousins Doreen Bevacqua Ripple and her husband Will of Fort Lauderdale, FL; Anita Bevacqua McBride and her husband Tim of Washington, DC; and their children Franco Ripple, and Andrew and Giovanna McBride. She is also survived by many Bevacqua family cousins in Argentina and Connecticut including Joseph and Angie Bevacqua, John and Mary Bevacqua, William and Florence Bevacqua, Nina Bevans and several Diorio family cousins in New Jersey.

Funeral services will take place on Wednesday, August 18, 2004 at 9:00 a.m. from the Abriola Parkview Funeral Home, 419 White Plains Road, Trumbull, and at 10:00 a.m. in Holy Rosary Church, Bridgeport for a Mass of Christian Burial. Interment will follow in St. Michael Cemetery, Stratford. Friends may call on Tuesday from 4-8 p.m. The St. Theresa Guild of Holy Rosary Church will pray the rosary on Tuesday at 5:00 p.m. in the funeral home.

In lieu of flowers, memorial contributions may be made to the Holy Rosary Church Restoration Fund, 365 East Washington Ave., Bridgeport, CT 06608.

Share Your Memory of
Mary
Upload Your Memory View All Memories
Be the first to upload a memory!
Share A Memory