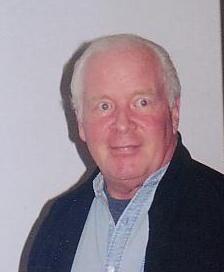 Obituary of George A. Browning

George A. Browning, age 65, of Trumbull, a retired project manager for Mercury Communications, died on Sunday, August 14, 2005 at his residence with his family by his side. Born in Scranton, PA, he was a son of George J. Browning of Milford and the late Carmeda Cavanaugh Browning, and had been a Trumbull resident over 20 years. Mr. Browning was an avid hunter and fisherman, and enjoyed spending time at his grandchildrens events.

He was pre-deceased by a son, Scott Browning, a brother, James Browning and a sister, Patricia Schaefer.

In addition to his father, survivors include his beloved wife of 45 years, Judith Mongillo Browning, a son, James Browning and his wife Suzanne of Trumbull, a daughter, Donna Brice and her husband Don of Monroe, three brothers, Leon Browning of Panama City, FL, Wayne Browning of Fairfield, and Robert Browning of New Haven, a sister, Sharon Dirga of Milford, four grandchildren, Sabrina and Olivia Browning, D.J. and Nikki Brice, his devoted friends, Louis and Paula DiMartino of Monroe, and several nieces and nephews.

Funeral services will take place on Wednesday, August 17, 2005 meeting directly at 10 a.m. in The Huntington Chapel, 177 Ripton Rd., Shelton. Interment will follow in the Gate of Heaven Cemetery, Trumbull. Friends may call on Tuesday from 3 - 8 p.m. at the Abriola Parkview Funeral Home, 419 White Plains Road, Trumbull.

In lieu of flowers, memorial contributions may be made to the Browning Memorial Scholarship Fund, 38 Old Elm Rd., Trumbull, CT 06611.

Share Your Memory of
George
Upload Your Memory View All Memories
Be the first to upload a memory!
Share A Memory