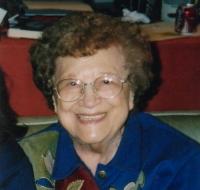 Angela Maria DeCecilia Pierelli, age 92, of Bridgeport, died on January 18, 2006 at St. Vincents Medical Center. Born in Bridgeport she was the daughter of the late Nicole and Lauretta DeCecilia and a lifelong Bridgeport resident. She was married to Vito Pierelli at the tender age of 17. They were married for 66 years before becoming his widow. In her early teen years she was employed on the East side of Bridgeport in a movie house selling tickets. Later she was employed as a sewing machine operator at Panettieri Shirt Factory, where she was called piece work Angie for her speed in getting the job done. Angela belongs to St. Raphaels/St. Margaret Shrine parish and is a member of their Altar Guild Society. Her love for Jesus, the bible and all the Saints and Angels had deep meaning to her and guided her through life. A devout Roman Catholic who lived her religion in all her actions and deeds. Nonnie as she was lovingly called by her grandchildren and great grandchildren will be sadly missed by all her knew her, for she was easy to love. Those of us blessed to have her in our lives will deeply mourn her loss but will take comfort in knowing we were loved so intensely by such a woman mother, grandmother, sister, and friend. A caregiver to so many she was the embodiment of motherhood and taught us all the importance of family life. She was proud of her Italian heritage and of being a first generation Italian American citizen who never missed voting in each and every election and in her younger years spent time working at the election polls and volunteering in her district. She will be remembered warmly for her sweet personality, kind heart, funny wit, her homemade macaroni and her devotion to family. For almost 20 years she enjoyed the kindness and companionship of all her dear friends and neighbors at her apartment complex where she took pleasure in living independently with the support of her caregivers.

Funeral services will take place on Monday, January 23, 2006 at 9:00 a.m. from the Abriola Parkview Funeral Home, 419 White Plains Road, Trumbull, and at 10:00 a.m. in St. Margaret's Shrine, Bridgeport for a Mass of Christian Burial. Entombment will follow in St. Michael Cemetery, Stratford. Friends may call on Sunday from 3-7 p.m.

Share Your Memory of
Angela
Upload Your Memory View All Memories
Be the first to upload a memory!