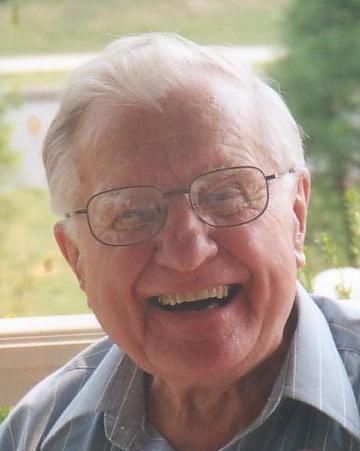 Stanley Ochman, age 85, died peacefully on Thursday, September 16, 2004 in St. Vincent Medical Center. Stan was born on February 15, 1919, a beloved son of John and Stella Ochman. He is pre-deceased by his brother, Johnny and survived by his brother, Dr. Henry Ochman. A wonderful, kind, gentle man, Stan never spoke ill of anyone. He was proud of his Polish heritage and never hesitated to proclaim that he was a First Generation American. He was a daily communicant and lector at St. Marks Church in Stratford. Stan graduated from St. Michaels School and Harding High School and spent many hours at the Orcutt Boys Club swimming and playing basketball. He received his degree in Aeronautical Engineering from Parks Air College, a division of St. Louis University and actively served his country overseas as a consultant during World War II. He worked at G. E. where he met the love of his life, Carmen. He opened Stan Ochmans Home Appliance Store in Bridgeport where he didn't need satisfaction surveys to tell him what he already knew, that the customer is always right. His favorite hobby was antiquing and he was an active member of the Stratford Historical Society.

Stan was a loving father to his six children, Trish, Chris, Mike, Liz, Barb and Cath and he loved and respected his daughter-in-law, Susan and sons-in-law, Don and Mark. He always kept his grandchildren and great-grandchildren close to his heart.

His last selfless act, before suffering his stroke, was to volunteer at St. Vincents Short Stay Center where no job was too menial if it meant helping the patients and the staff. Stanleys long life was a celebration, filled with all the activities he enjoyed and surrounded by the love and support of his devoted wife and children.

In lieu of fruit or flowers, memorial donations may be made in Stans honor to Connecticut Hospice, 100 Double Beach Rd., Branford, CT 06405 or to Bethlehem House, 3 Mary Ave., Stratford, CT 06614.

Share Your Memory of
Stanley
Upload Your Memory View All Memories
Be the first to upload a memory!
Share A Memory