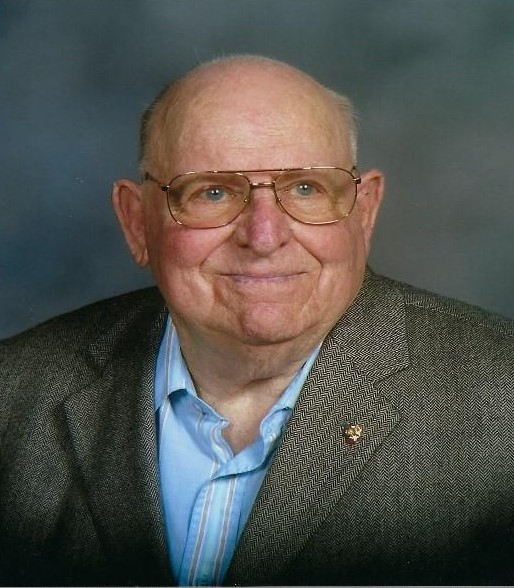 Lawrence "Larry" M. Condon Sr., age 93, of Shelton, passed away peacefully on April 8th, 2020. Born in Bridgeport on January 2nd, 1927, he was the son of the late Thomas Condon and Ella Schultz Condon. Larry was a proud World War II veteran having served his country as a Sergeant in the US Army, while he was deployed to the European Theater. He was a member of the Mohegan Guard and received numerous honors for his service in Europe.

His pride and joy in life was always his family. He was predeceased by his wife, Virginia Pinto Condon, after 53 years of marriage. He is survived by his daughters, Virginia T. DiSapio and her husband Charles, of Greenwich, Linda M. Shaw and her husband Skip, of Southport, NC, and his sons, Lawrence M. Condon, Jr. and his wife Judith, of Monroe, and Christopher M. Condon and his wife Marie Harriman, of Antrim, NH. Larry loved his seven grandchildren, Daniel and his wife Ann Taylor Shaw, Rebecca Shaw, Kristen Shaw, Matthew DiSapio, Benjamin DiSapio, Dylan Condon and Richard Condon. He also had two great-grandchildren, Carter and Betsy Shaw, as well as numerous nieces and nephews. He was predeceased by his siblings, Thomas, Rita and Ronald Condon, and Eileen Beauchene.

Due to current health concerns, services will be private at this time. Interment will be in St. Michaels Cemetery. A memorial service to celebrate Larry's life will be announced on a later date. The family would like to extend sincere thanks to the team at Brightview Assisted Living in Shelton for the kindness and care they extended to Larry.  In lieu of flowers, please make a donation to your favorite charity.

Share Your Memory of
Lawrence
Upload Your Memory View All Memories
Be the first to upload a memory!