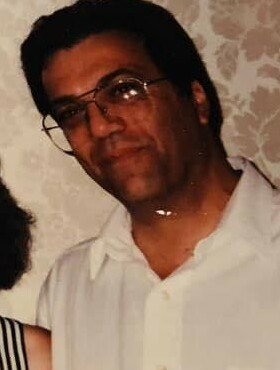 Peter M. Scrivani, age 71, of Milford passed away peacefully on Thursday, September 8, 2022 at CT Hospice in Branford surrounded by his loving family. He was the beloved husband of Diana (Caramanica) Scrivani. Born in Bridgeport on August 13, 1951 he was a son of the late Ennio and Mary (Genova) Scrivani. Peter had worked as an elevator mechanic for numerous companies over the years, where he established many deep and lasting friendships. He also served as a highly respected member of the executive board of the International Union of Elevator Constructors - Local 91, and as vice president of the Local for several years. Peter also worked as a night school instructor of elevator mechanics for students in Local 91.

In addition to his professional work, he excelled at playing electric bass guitar and enjoyed cooking for his family. He was an avid golfer and huge supporter of the New York Yankees and New York Giants. His greatest enjoyment however was found in the time he spent surrounded by his family, friends and especially, his grandchildren. A loving and devoted husband, father, grandfather, brother, uncle and friend of many. He will be deeply missed by all who knew and loved him.

In addition to his beloved wife Diana, other survivors include his loving daughters, Angela Maltes and her husband Jorge of FL and Danielle Montini and her husband Chris of Milford, his brother, Ernest Scrivani and his wife Louise of North Haven, his sister, Marlene Scrivani of Milford as well as six grandchildren and two nephews.

A Mass of Christian Burial will be celebrated on Thursday, September 15, 2022 at 12:00 p.m. in Holy Infant Church, 450 Racebrook Rd., Orange. Entombment will follow in the chapel mausoleum of St. Michael Cemetery, Stratford. Friends may greet the family at the church on Thursday from 11:00 a.m. until the time of mass. In lieu of flowers, memorial contributions may be made to the Connecticut Hospice, 100 Double Beach Road, Branford, CT 06405. Arrangements have been entrusted to Abriola Parkview Funeral Home, Trumbull.