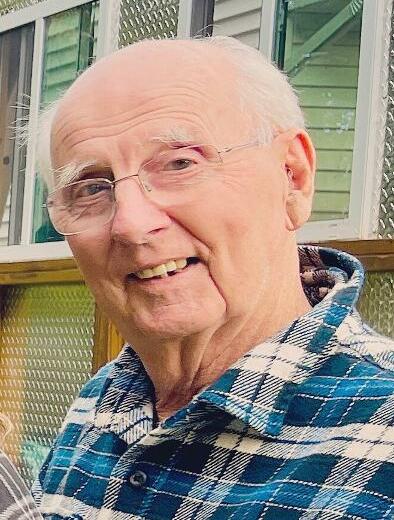 LeRoy E. (Lee) Coffin, age 82, of Shelton, passed away suddenly on Thursday, August 18, 2022. Born in Bridgeport on June 29, 1940, he was a son of the late Harland H. and Helene Leopold Coffin. A graduate of Central High School, Lee was the captain of the football team in 1959. His love of sports continued in life, as he coached Pop Warner Football and Little League baseball and softball in Shelton and was a longtime football official in the F.C.F.O.A. An avid fan of the Shelton Gaels, Lee never missed a game. He was also past president of the Huntington School PTA and the Shelton High School Quarterback Club. A long-time service manager in the Bridgeport area auto industry, Lee was employed by Fruitrich Cadillac Oldsmobile, Ted Miller Buick and upon retirement he owned Lee’s Handyman. He was also the former owner of T-Shirt Land in Huntington and most recently was an Uber Driver. But above all of his roles in life, none was greater than father and grandfather. Family was most important and they always came first. He will be deeply missed by all who knew and loved him.

A Mass of Christian Burial will be celebrated on Monday, August 22, 2022 at 10:00 a.m. directly in St. Joseph’s Church, 50 Fairmont Pl., Shelton. Interment will follow in Lawn Cemetery, Shelton. Relatives and friends may greet the family on Sunday from 1-4 p.m.at the Abriola Parkview Funeral Home, 419 White Plains Road, Trumbull, CT 06611.