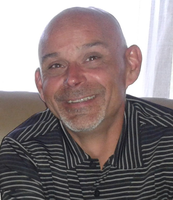 Anthony Mark Soter, age 53, of Monroe passed away on Wednesday August 26, 2020 after battling lung cancer. He was the loving son of Helen (Seferi) Soter and the late Arthur K. Soter.

Tony touched many lives and was well loved by everyone who knew him. Tony was the Assistant Business Agent at I.B.E.W. Union Local #488. He was an avid golfer, bowler and a Steelers fan. Tony was born in Bridgeport on Aril 25, 1967, and grew-up in a large loving family. As a member of I.B.E.W. Union Local #488 for 33-years, Tony admirably served the brotherhood in many capacities. He was Recording Secretary 2001-2004, Exec Board Member 2004-2020, Assistant Business Manager since 2006, and a teacher in the Apprenticeship Program for 26 years.

Tony enjoyed golfing with friends and competing in the Grassy Hill Men's Club tournaments, where he once won the Club Championship and the President's Cup Championship, and he always enjoyed his annual Myrtle Beach trip. As a bowler in the Nutmeg League, Tony was League Champion several times.

He was predeceased by his father Arthur K. Soter, and is survived by his mother Helen Soter of Monroe; brother Nicholas Soter, his significant other Jennifer Eaton and children Rebecca, Nicholas and Melanie of Groveland, MA; sister Karen Maietto, her husband Sid Maietto and daughter Jamie of Snohomish, WA; as well as many aunts, uncles and cousins in the Soter, Seferi, Rubis and Evanko families.

Due to the concerns about social gatherings affecting us all at this time, funeral services and interment in St. John's Cemetery, Monroe were held privately.

In lieu of flowers, memorial contributions may be made to St. Dimitrie Romanian Orthodox Church, 504 Sport Hill Rd., Easton, CT 06612.