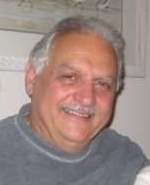 James Turiano, Sr. age 76, of Bridgeport, beloved husband of the late Janet E. Salvagne Turiano, passed away peacefully at his home on Monday, April 29, 2019 with his loving family by his side. Born in Bridgeport on September 21, 1942, he was a son of the late Louis Turiano, Sr. and Margaret DeVitto Turiano.   Jim had worked as a tractor trailer driver and was a member of the Teamsters, Local 191.  He also formerly owned and operated, Auto Perfection, Mr. Detail and Mr. Suds.

He was a loving husband, father and grandfather and will be deeply missed by all.

In addition to his wife, Janet, he was predeceased by his son, John Turiano, a brother, Anthony Turiano and brother in law, Henry Renfrew.  Survivors include three loving children, Denise Turiano of Boca Raton, FL, James Turiano Jr., and his wife Judith of Shelton and Richard Turiano Sr. of Bridgeport, two brothers, Gene Turiano and his wife Barbara, Louis Turiano, Jr. and his wife Linda and his sister, Marilyn Renfrew, sister in law Donna Turiano, six cherished grandchildren, Victoria, James III, Julia, Richard Jr., Elaine and Jacqueline as well as many nieces and nephews.

All funeral services were held privately.